No trip to India is complete without a trip to Agra – and the Taj Mahal, but there is much more to see beyond this majestic monument.

In any other city the Itimad-Ud-Daulah – or Baby Taj as it is known – would be a well-known icon in its own right. Built of marble it is an impressive mausoleum, surrounded by beautiful gardens. But in Agra, this is a poor second cousin to the Taj.

Baby Taj was built between 1622 and 1628 for Ghiyas Beg, a Persian diplomat who served as the chief minister to Emperor Jehangir. 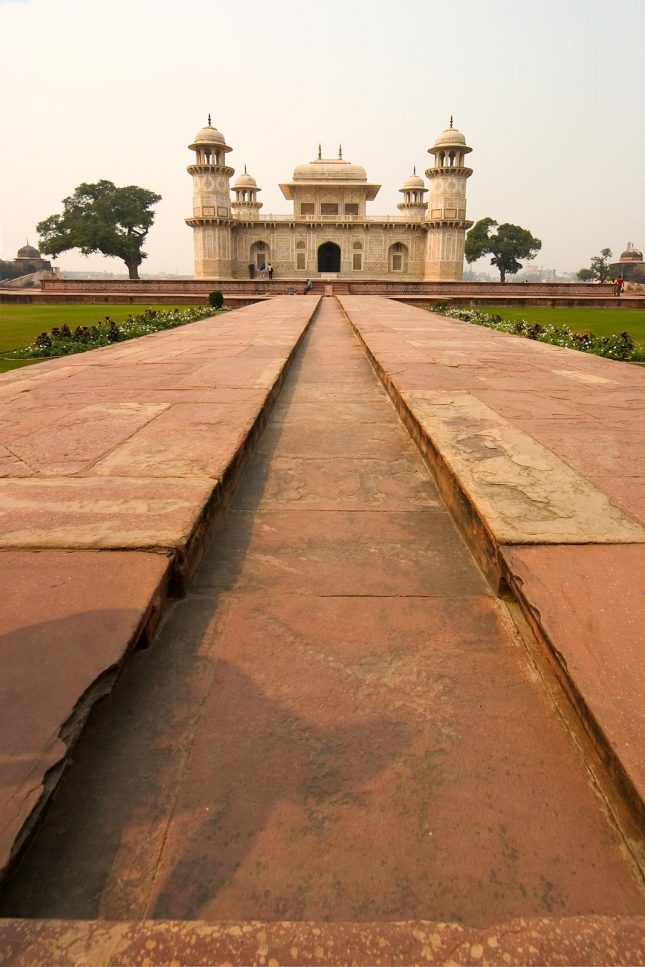 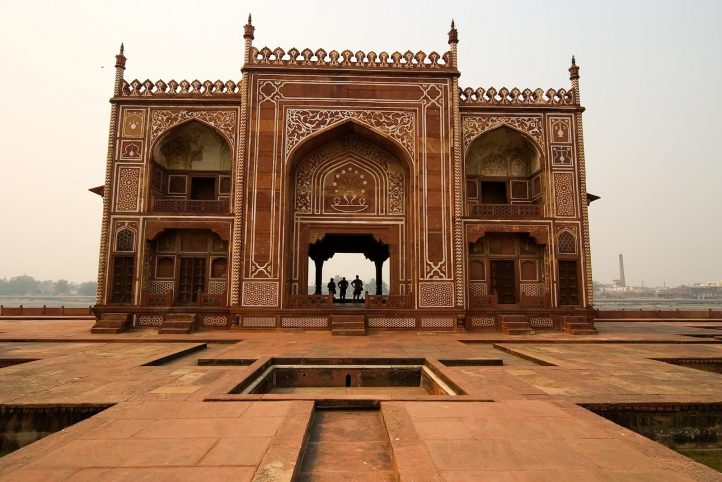 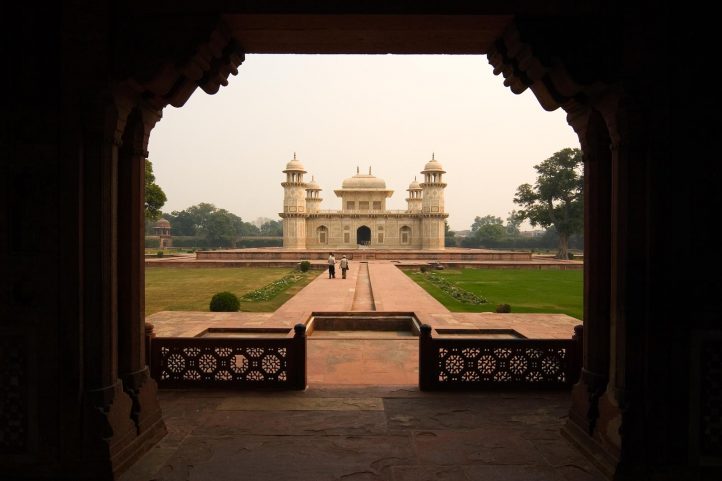 Across the river from Baby Taj is Agra Fort. Building of the sandstone and marble structure began in 1565 by Emperor Akbar and was not completed until after 1637.

The Fort is a stunning example of the extravagance of the ruling Maharaja. From the moment you step into the entrance it is clear this Fort is going to be something special. And it doesn’t disappoint. The intricate lacework in the palace wall, the stunning garden beds and the beautiful marble mosques make this one of the most impressive forts in India.

On a clear day you can see the Taj Mahal just up the river. Unfortunately, on the day we were there a haze of smog filled the air and we could barely make out the outline of India’s most famous building. 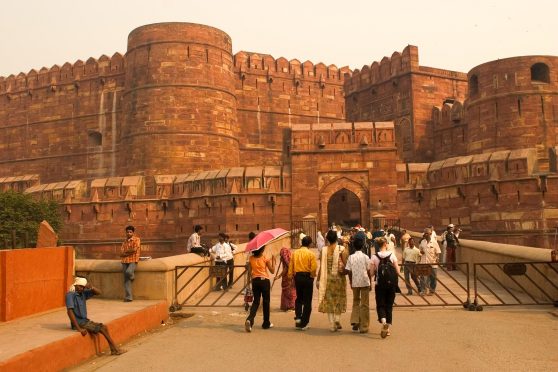 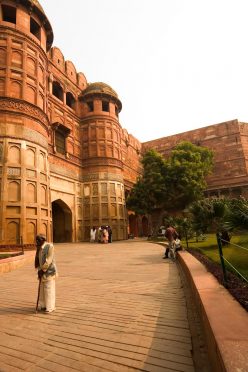 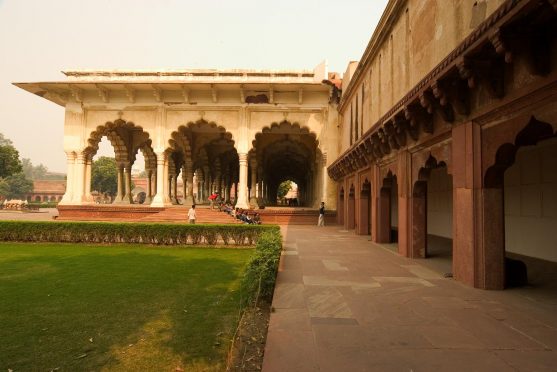 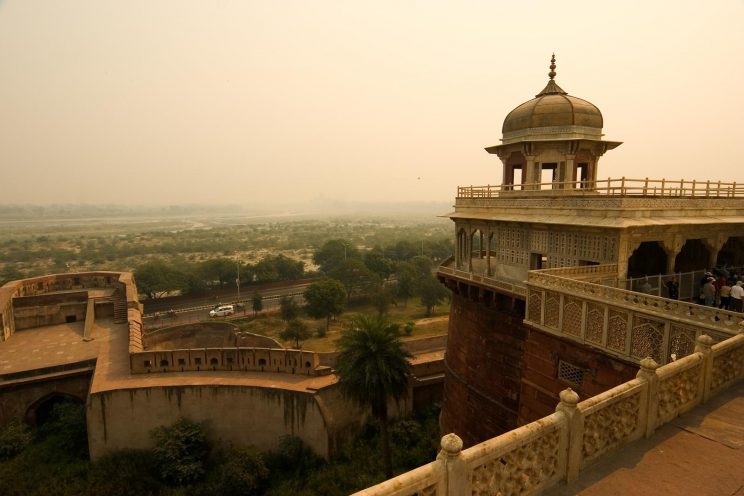 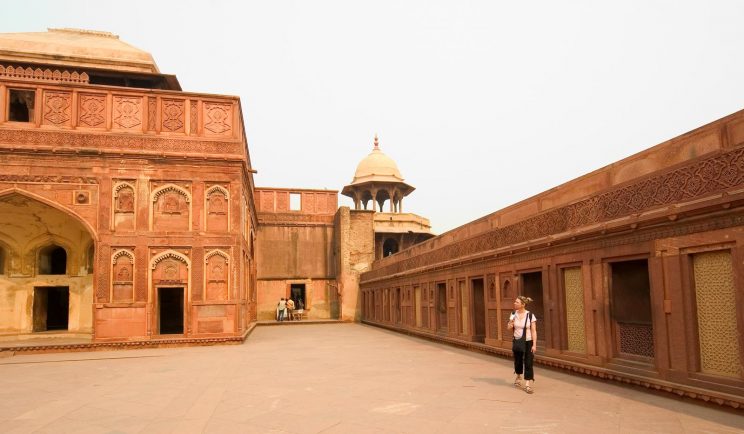 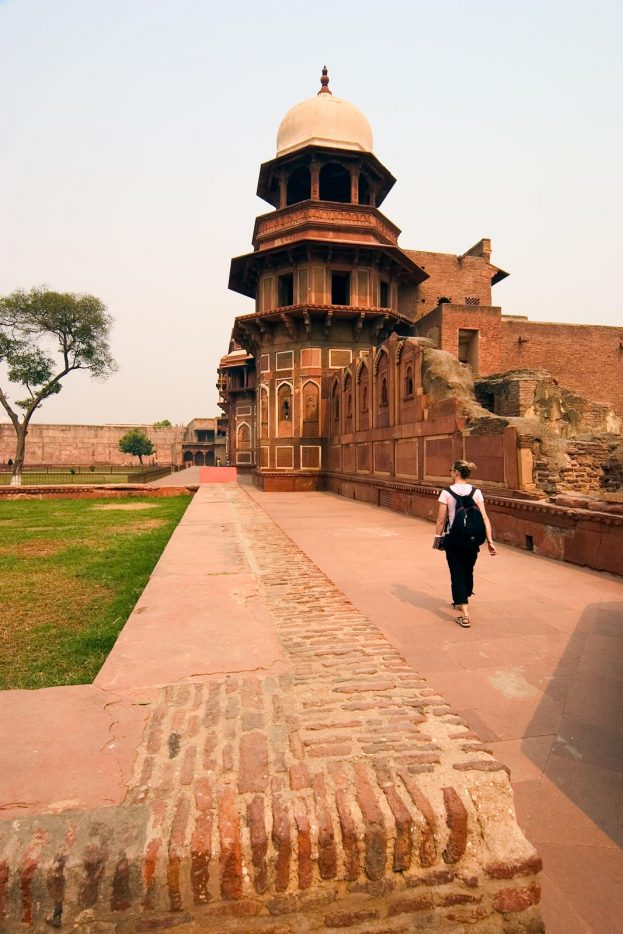 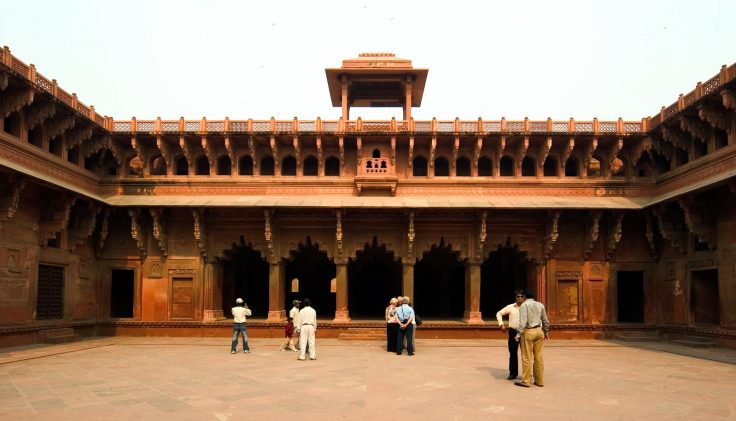 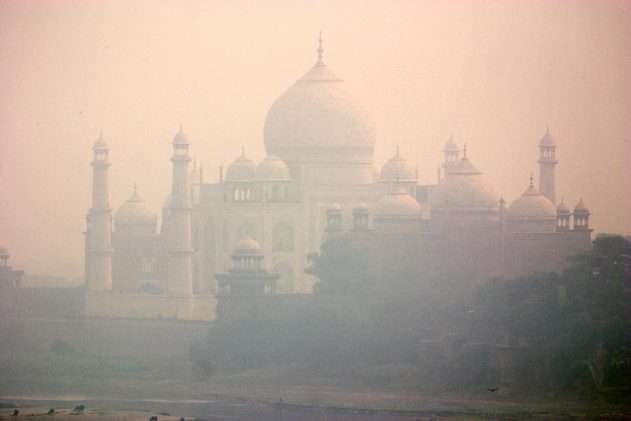 Of all the sights in Agra, none can compare to the Taj Mahal. It is one of the most recognisable sights in the world, but no matter how many pictures you have seen of this monument, nothing quite prepares you for the real thing. The size and scale are unbelievable and the beauty in the marble tiles is outstanding. I could have gazed at it for hours, which is fortunate because you can imagine how many photos Adrian wanted to take.

The Taj Mahal is simply stunning. Built between 1632 and 1653 the Taj was built by Mughal emperor Shah Jahan as a tomb for his favourite wife, Arjumand Banu Begum, who died giving birth to their 14th child .

In the words of Bengali poet Rabindranath Tagore the Taj is said to be a “tear (that) would hang on the cheek of time”. So romantic! 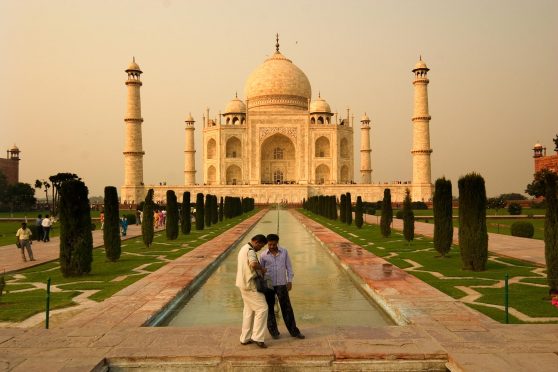 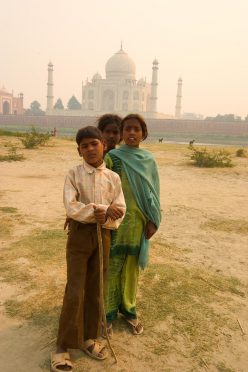 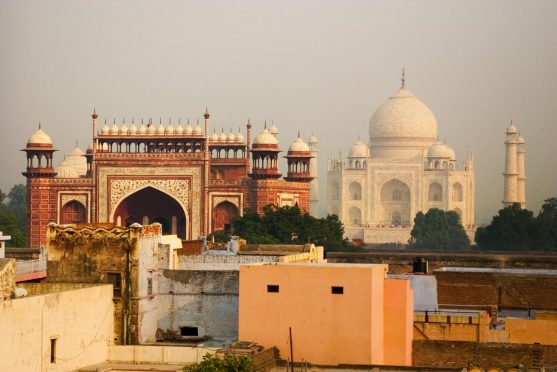 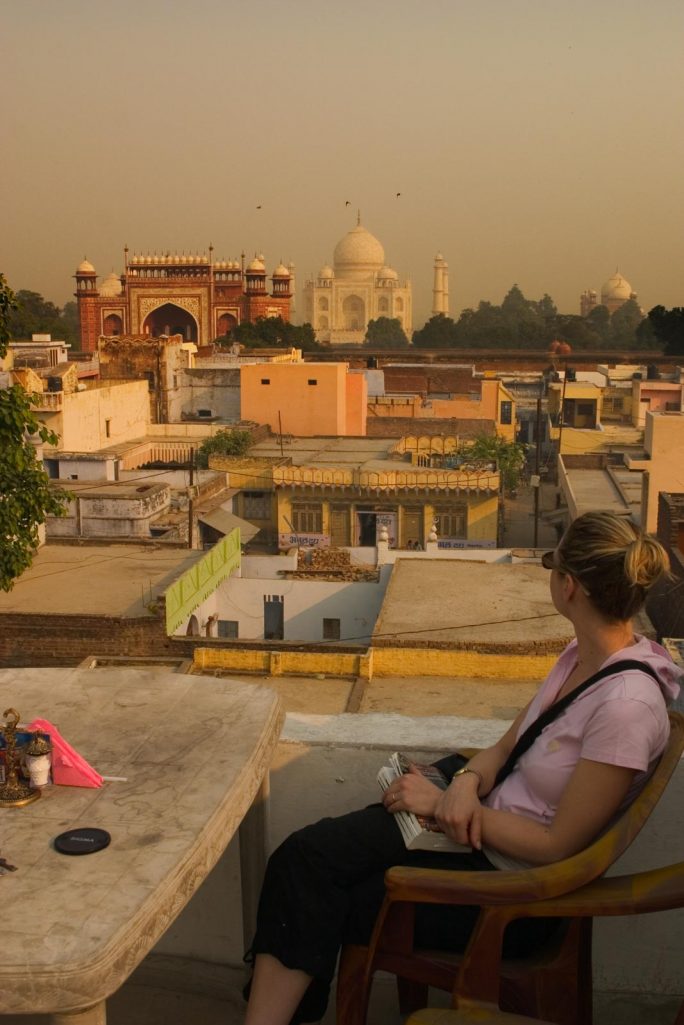 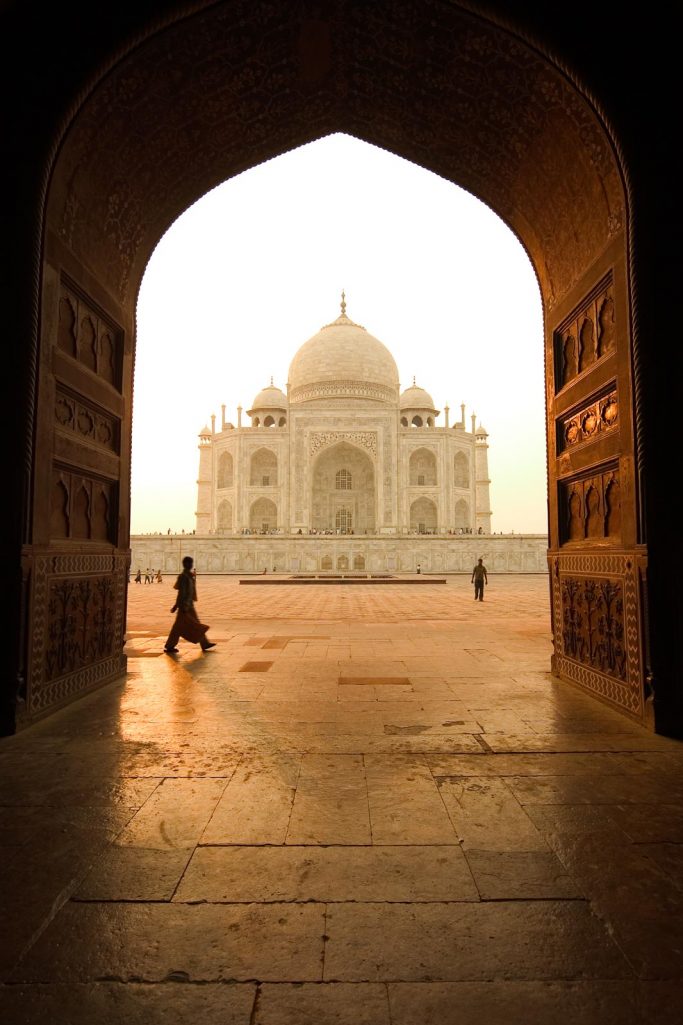 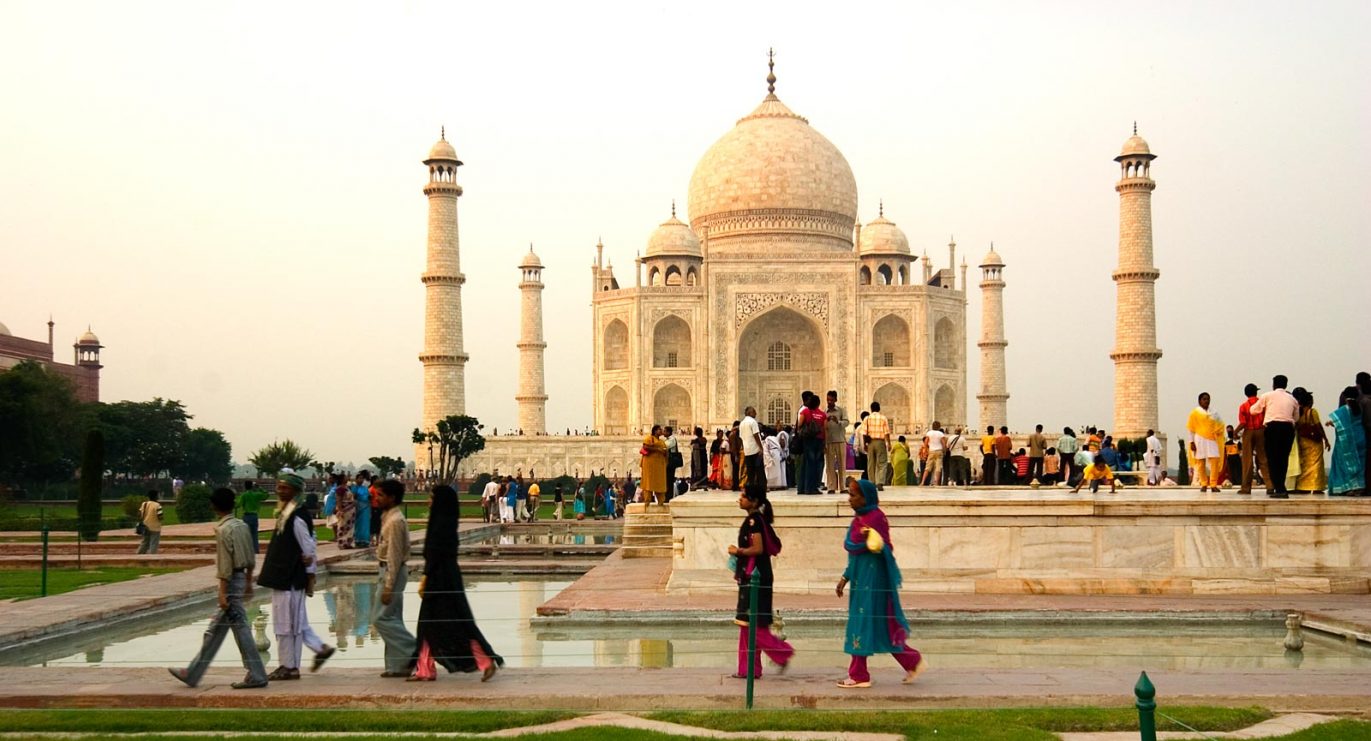 The Taj Mahal is clearly a major drawcard for tourists from around the world, but surprisingly local tourists far outnumber the western tourists and the vibrant colours of saris on the steps of the monument only add to the Taj’s visual splendour.

In complete contrast to the beauty of the monuments, the town in Agra is not a very attractive town. And many people, apparently get out of Agra as quickly as possibly rather than spend any time in the “dirty” streets.

However we found winding through the labyrinth of the Taj Gang region quite intriguing and, for the seasoned traveller at least, we’d recommend spending a few hours or a few days wandering through the streets and getting to know the place.

Also, be sure to check out the Taj from all sides, including the back – but don’t be surprised if there is no water in the river behind. While you may be fortunate to get the iconic image of the Taj reflected in the water, depending on the season the riverbed may be dry.