The onslaught of Delhi: a city of stunning contrasts

When we arrived in Delhi the first time we pretty much took the first train we could out to Gwalior, so we really didn’t get to see any of the city. But this time the reality of the city hit us completely.

Delhi is quite unlike any other place we’ve ever visited. It is a city of contrasts – a city of extreme poverty and excessive wealth. A city packed full of people, but most of all a city of intrigue.

Delhi, more than any other part of India is exhausting. But like the country overall, it gets under your skin and is with you long after you leave.

Pahar Ganj, the old part of the city, is dirty and grungy and you can buy pretty much anything very cheaply from the markets in the main street. But it is so very very interesting.

It is a stark contrast to Connaught Place, the new part of the city, which could rival the most cosmopolitan cities in the world.

There are more than 1000 monuments in Delhi, far too many to visit in any one trip, but it does mean there is always something to visit regardless of your tastes or your mood. 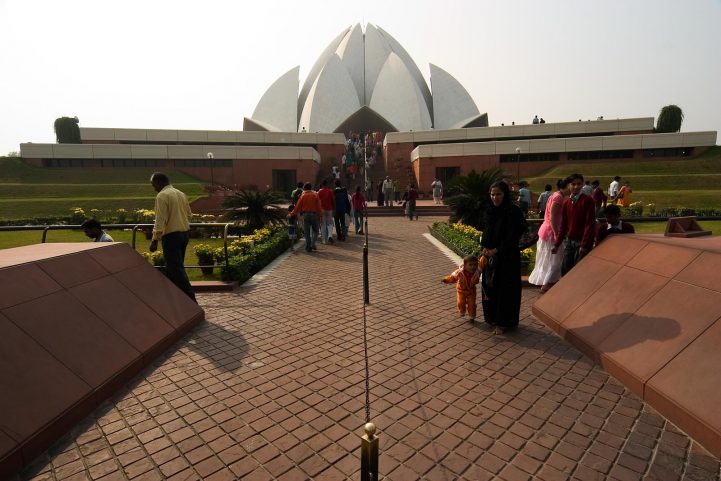 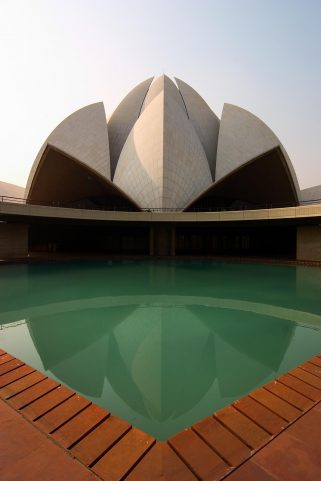 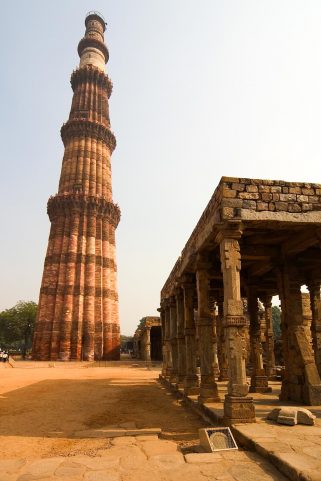 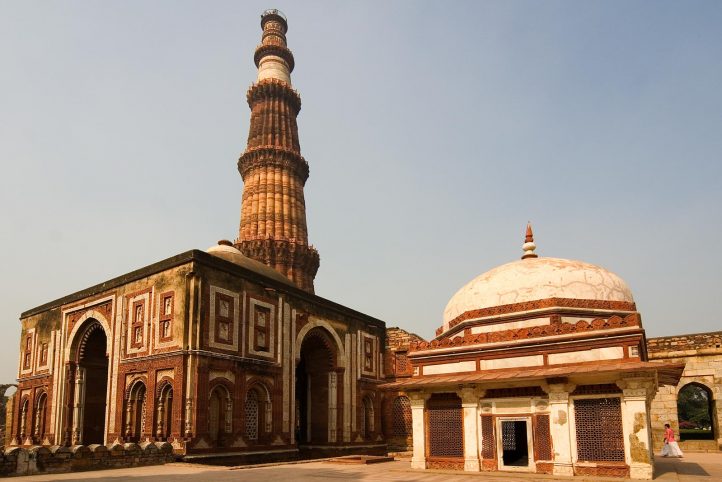 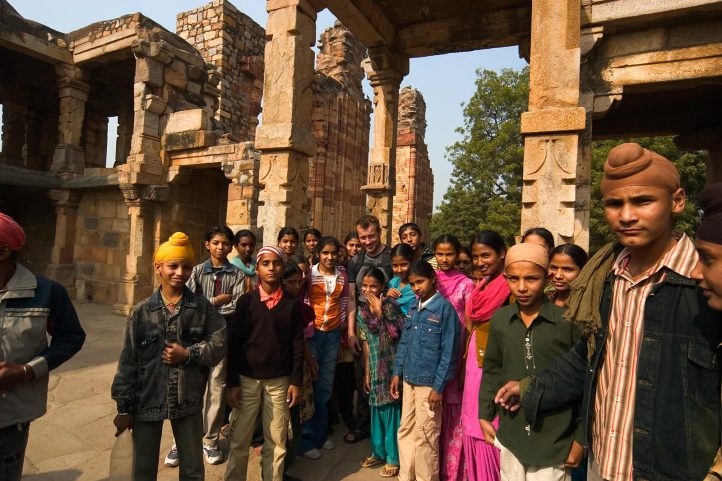 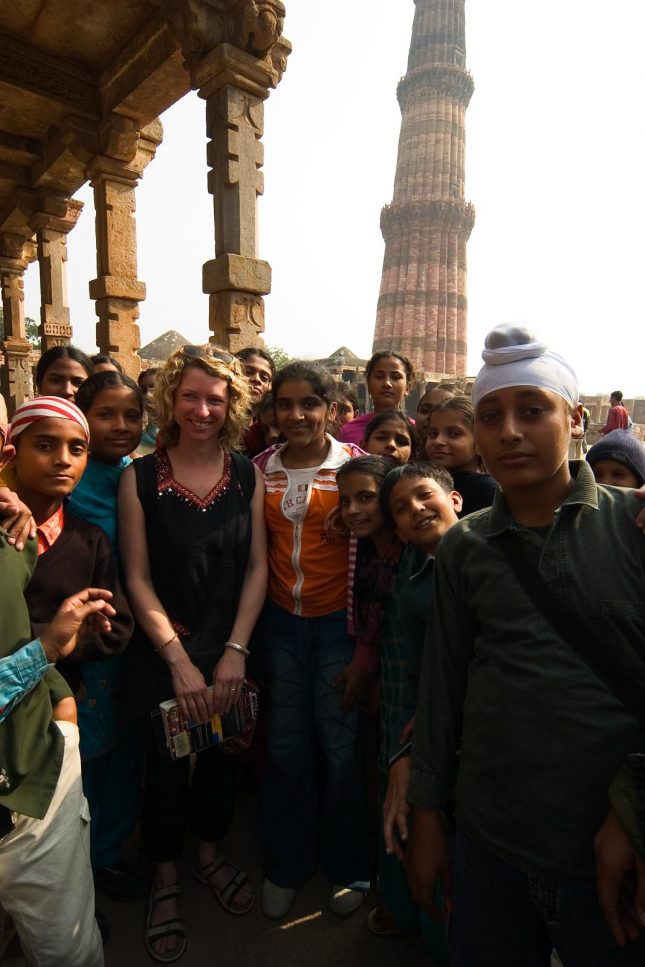 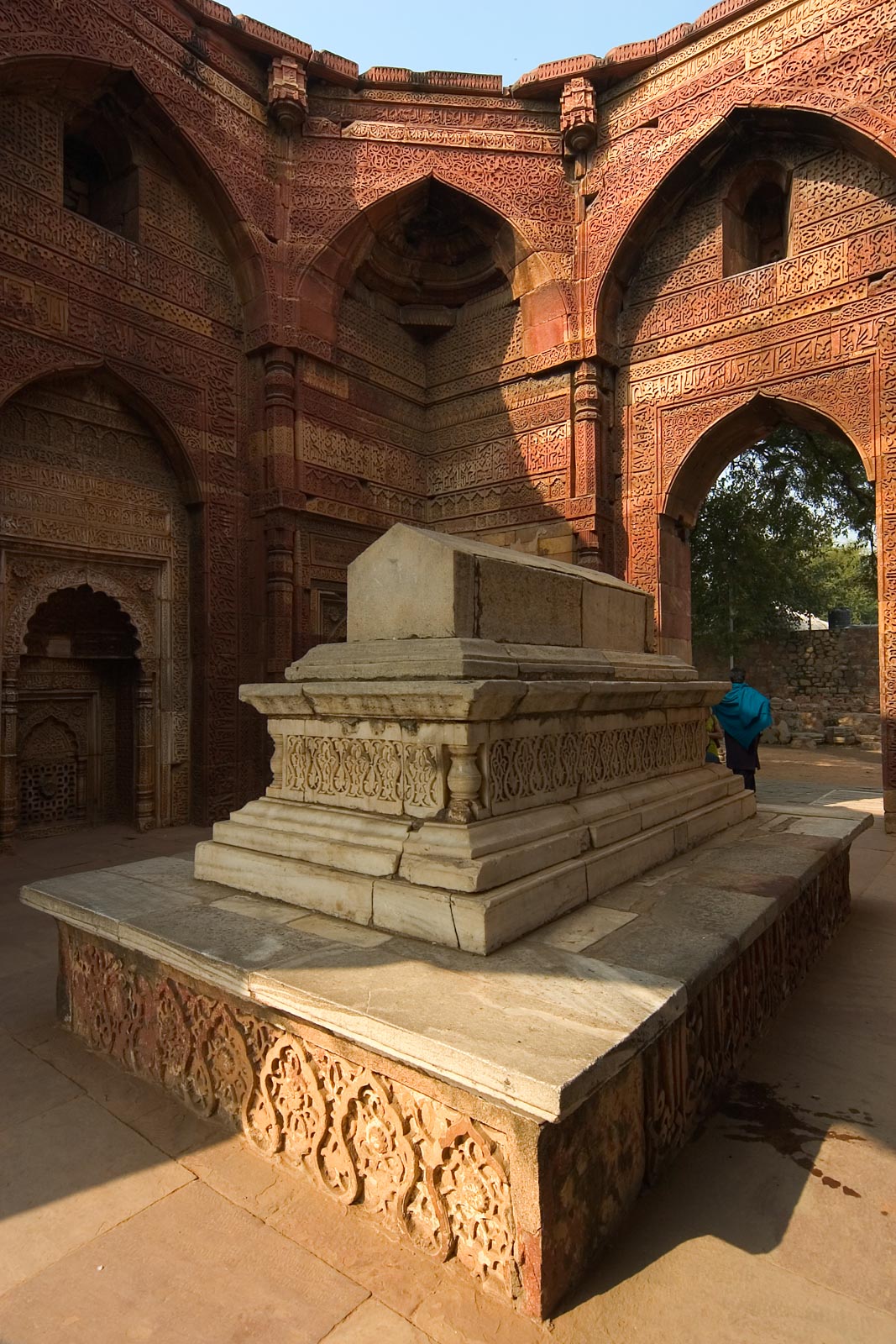 While most of the buildings have stood for centuries, the Lotus Temple is a newbie, built in the past 100 years.

Built by the Baha’I Faith a a place of multifaith worship, the temple looks remarkably like the Sydney Opera House! It is a definitely a building that is more impressive from the outside than the inside!

The UNESCO World Heritage listed Qutb Minar is the tallest tower in Delhi at 72.5m high. Building began in 1199. It was built in celebration of Qutb-Ud-din Aibak’s triumphs in northern India and to celebrate the eastern frontier of the Muslim world.

The miniaret was open for tours until the 1970s when a group of schoolchildren got caught inside when the lights went out. Many of the children died in the resulting stampede and the miniaret has been closed since.

It is still an interesting place to visit, however and the day we are there, there are a couple of school groups also exploring, so we found ourselves in the middle of many photographs and chatting to lots of kids!

The Jama Masjid and Red Fort are also well worth a look, that is if you’re not over visiting forts yet! 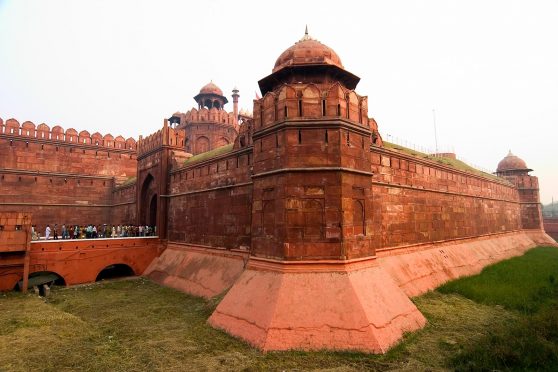 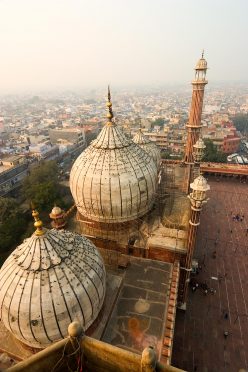 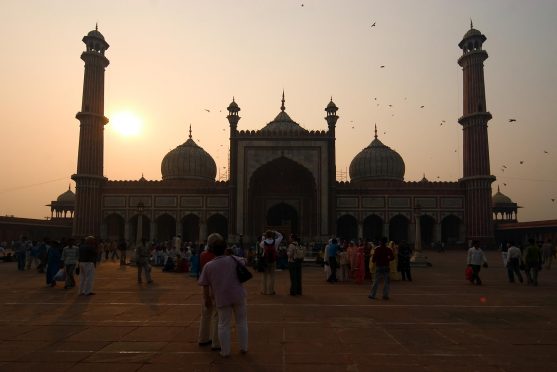 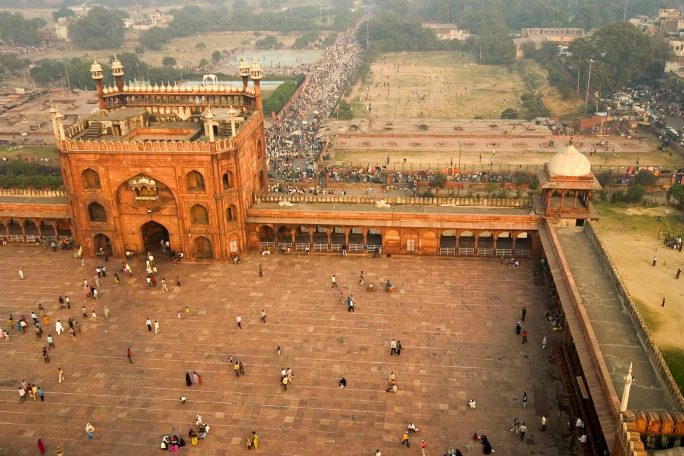 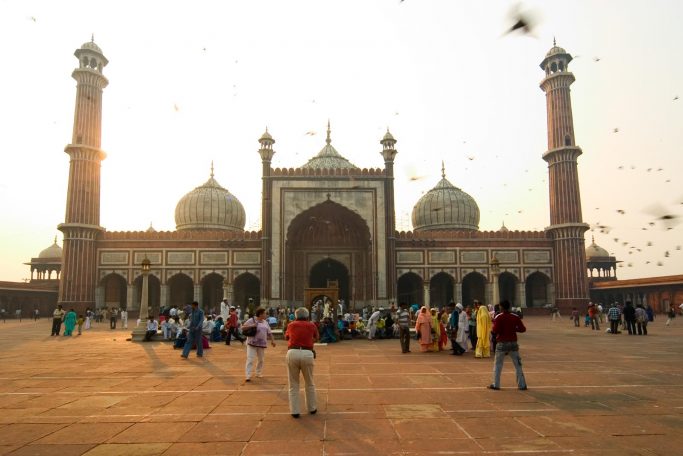