Europe UK You've been where?

Medieval squares all dressed in fairy lights, mulled wine and entertaining dogs… it can only mean one thing, Christmas in Europe. Ever dreamed of visiting the Christmas markets in Germany? David Bruce, our guest blogger in this week’s You’ve Been Where, did just that – squeezing in the highlights of the UK, Italy, Switzerland, Germany and France along the way! We’re just a tiny bit jealous…!

My name is David Bruce. I work at a national research centre for natural hazards doing the communications, media liaison, public affairs, etc.

Home is Melbourne, in what lazy journalists call the “leafy” suburb of Mitcham.

We spent three weeks in Europe – Italy, Switzerland, Germany and France, and three weeks in the United Kingdom – England and Scotland – which included Christmas and New Year.

I travelled with my wife and 19-year-old son, and we met up with my 25 year-old daughter and her boyfriend for the UK leg. My kids are now at an age of being fun and helpful rather than just fun and wanting stuff. We have been back a couple of months now and we are still debating this question. Nothing was bad, all was good. But what was best? We deliberately planned the trip around the landmarks – Colosseum, Vatican, Uffizi, Louvre, Eiffel Tower, Edinburgh Castle, Tower of London, British Museum, the Cotswolds. And they were all genuine highlights. But some of the lesser landmarks were just as memorable.  It snowed on us as we drove through Glencoe in Western Scotland. Skye was insanely beautiful with photos at every turn of the road. Traveling at Christmas time meant so many places were all dressed up. And all that Christmas cheer suddenly made sense; speaking as Aussies more familiar with the heat of summer. The roaring fires, the Christmas sweaters, the scarves, hats, the lights, the nightmarkets. Ah, the nightmarkets! In medieval squares all across the continent we drank hot mulled wine under lights in zero degrees. All these were highlights.

The shorter days in a European winter are a bit of a shock. It doesn’t get light until after 9am. And darkness hits at 3.30pm! It means you must plan the driving and sightseeing pretty tightly. But the payoff is some things actually do look nicer at nighttime. And again, especially at Christmas. Even the most ordinary streets looked spectacular with Christmas lights.  Big cities, little villages, town squares, streets, highways, malls and transport hubs. They were all lit up from late afternoon, and not just from after 9pm as in Australia. 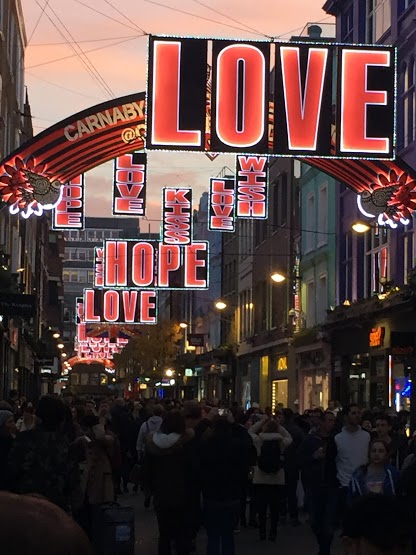 All you need is love! Carnaby St, London 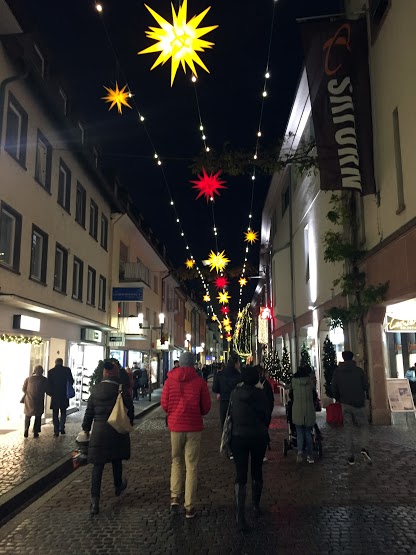 The Christmas lights in Freiburg Germany. 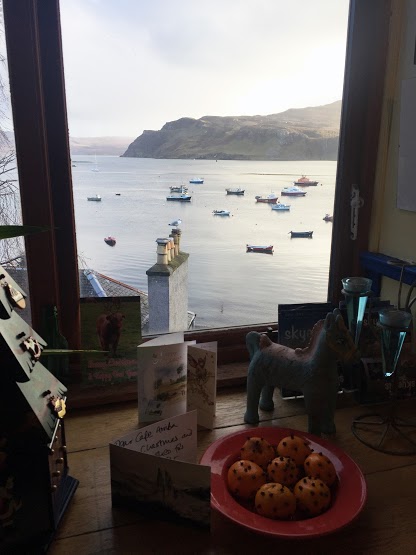 Pretty as a picture, Portree, Skye

Travelling with young children can be tough, but with older children they can become surprisingly useful at the most opportune time.

At the railway station in Freiburg Germany I attempt my phrase-book Deutsche on the ticket man and get a flat hand waved in my face. My son pushes me to the side with a “Dad, let me” and embarks on what must certainly be for the first time in his life a most productive real life conversation in fluent post-VCE German.

When Storm Barbara unleashed on the west coast of England I had been driving down the safer middle lane on the M6 in torrential rain. I hoped the horizontal wind pulsating the hire car was doing it in the exactly same beat to the lorries in lanes one and three. After four hours of this I had had enough. Time to hand the wheel over to the next generation. I sat in the back seat and enjoyed the view while daughter and boyfriend did a superb navigator/driver combo deep into the awful night.

Sometimes you felt so welcome you could almost pretend you were a local. On the advice of Trip Advisor, we walked into a tiny (four tables?) restaurant in Paris where the one-man waiter/cook/barman and his trusty brown labrador/door greeter/entertainer served up a meal personalised for each of us. Just like home. Except no one else spoke English.

I think the whole trip was about sightseeing matched with food. Every day seemed structured around where to eat, what to eat, and what beverage to accompany what to eat. The Vatican tour ended with the discovery of a splendid salumeria, the Florence Mercato Centrale was a cheap choice for lunch after the Duomo, the British Museum had a great cafeteria, and if you are going to stop on the M6 don’t go past Tebay Services in Cumbria – why can’t roadside foodstops in Australia be stocked with fresh produce like breads, cakes, meats, diary and fruit from local farms? 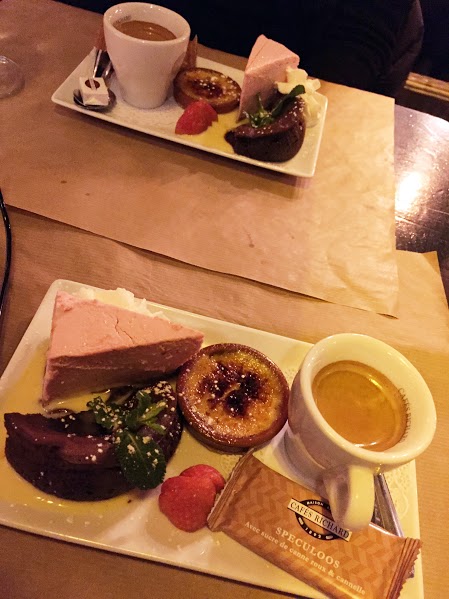 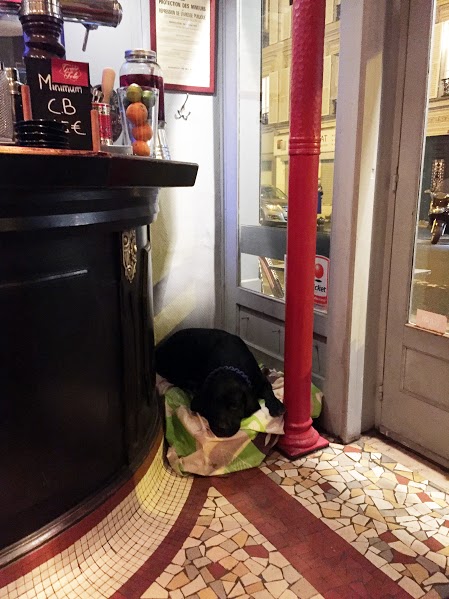 I learnt that I needed to learn more history. I thought I knew a bit. But Europe is stacked with so many “histories” – Renaissance, Reformation, two World Wars, the Campbells vs the McDonalds, the Celts, the Druids, the Normans vs the English, the Scots vs the English, the Beatles vs the Stones, the Punks vs society, Man U vs Man City.  We went on a rock and roll walking tour of inner London that included the old Apple Records building on Savile Row where the Beatles performed on the rooftop. Around the corner was the studio where “Bohemian Rhapsody” was recorded.

Ours was mostly a well-trod path so there is no need for my recommendations on places to see but I would recommend considering the early winter season. The really bad weather is yet to strike, fares are cheap, queues are small. But check ahead on what is open. Many places close or have reduced hours at this time of year.

There are two types of travellers – those that plan ahead and those that just wing it. It’s kind of fun jumping between the two – a bit of foresight here, and a bit of “let’s just see what happens” there. Our timeframe was tight, six countries in six weeks so we erred on the side of pre-booking most of our accommodation and transport and I’m glad we did. Those two essentials never gave us any hassles. And that gave us more time to choose where to eat.

Been somewhere lately? We’d love to hear about it! Leave us a note below or drop us a line at AllabroadAU(@)Gmail.com