Five (awesome) things to do in Vancouver

Vancouver is a lovely city. There is so much to see and do in the city centre, all within a short walk or each other. I don’t feel the least little bit competitive about the wonders of Canada compared with the beauty of Australia, no, not one bit. Sure they have amazing scenery, an awesome (and, not to mention very hot) President, towering mountains and amazing wildlife – on land and in the sea. But really, who wants to live in country that fluctuates so wildly in it’s temperatures? But sorry, I digress, this is not a post pitting Canada against Australia.

They say Stanley Gardens is bigger than Central Park, I was dubious at first, because you know Central Park is huge! But as we drive through the gardens to the visitor centre I begin to get a sense of the scale of these gardens. They are huge! We stop at the information centre and check out the Indian totem poles, the views back to Vancouver city and the lighthouse.

The information centre is close to the waterfront and there is a little beach area for those that would like to sunbake (given Canada’s temperatures I generally wouldn’t recommend it, but each to their own). 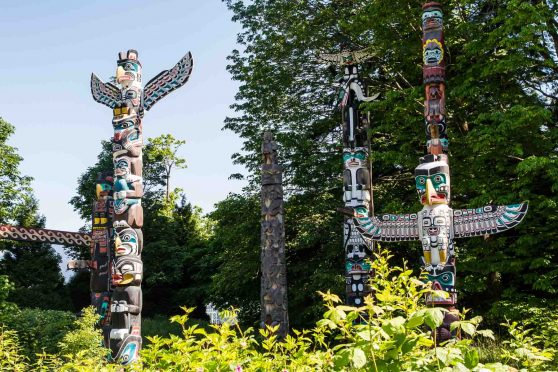 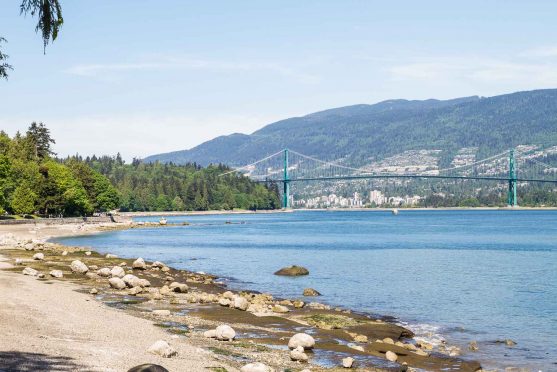 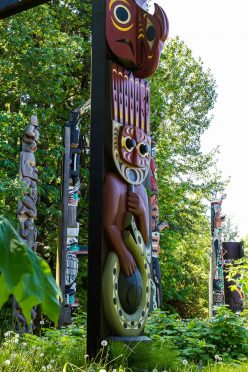 There is far too much to see in one day in Stanley Park, let alone a couple of hours, so we stick to the totem poles and have to check out as much as we can of the rest of the gardens through the windows of our bus as we leave the park.

But if you’ve got more time there are a range of different gardens (including a Shakespeare Garden!), swimming pool, train rides, the list goes on.

The Flyover Canada was one of my favourite things to do in Canada! The experience lasted only 20 minutes, but it gave me such a great appreciation of the country I wished we had something similar here in Australia!

Tucked down on the waterfront at Canada Place, the flyover is a flight simulator that takes you on a ‘helicopter flight’ over Canada. And I mean right over Canada. The views are breathtaking and the feeling so real, the woman next to me – who had a real fear of heights, was gripping the arm rest between us!

So good is this experience that one of my tour group asked if we could go on it again as soon as we were finished – she was serious.

When you’ve seen enough of Vancouver by land, you’ll want to check out the wildlife at sea. We headed out to Horseshoe Bay for a ride on an inflatable boat to check out the wonders of Howe Sound. Unfortunately the dolphins and whales were hiding the day we were there, but there were plenty of seals and bald eagles to keep us entertained. 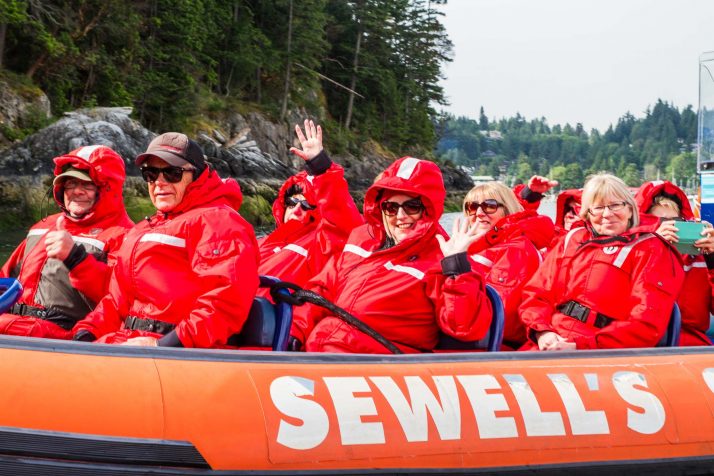 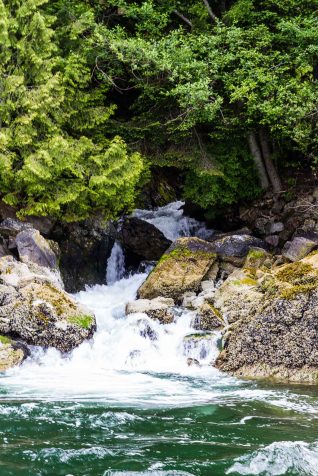 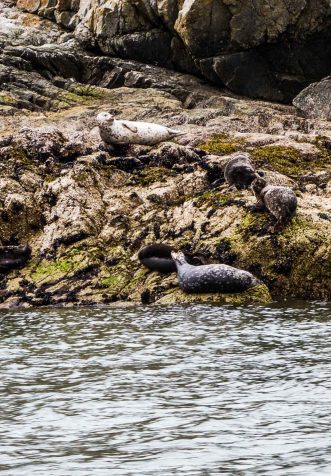 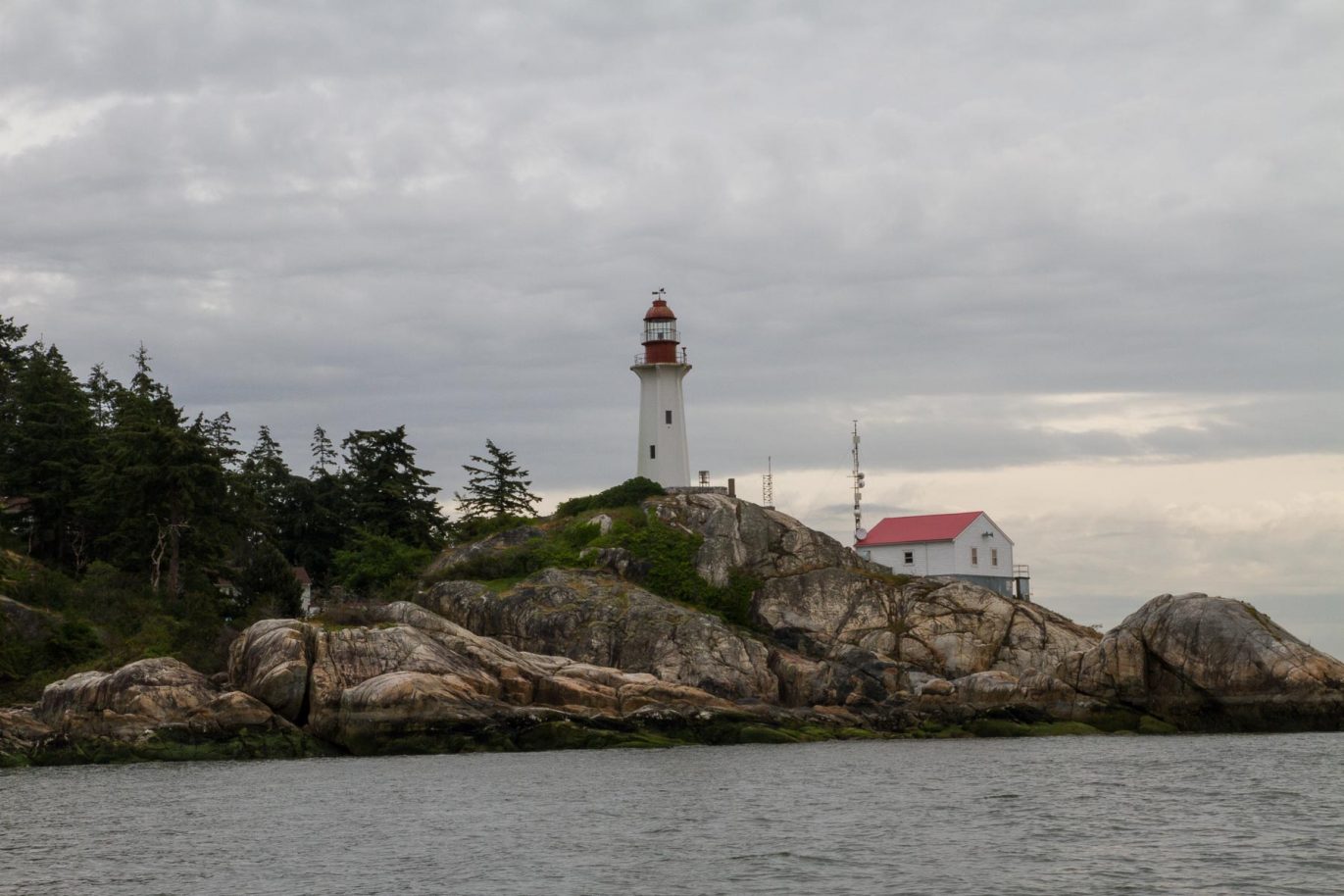 Howe Sound is a series of Fiords, and it’s worth checking out the waterfalls, the lighthouse and the houses on the water’s edge! Seriously, if you have a guide get them to point out the “bat cave” for you!

If you don’t like heights, you may want to give this one a miss. But even the people in our group who were scared, chose to walk across – and were glad they did.

As well as the 450 feet long 230 feet high suspension bridge, there is a series of treetop walks and a cantilevered cliff walk here all worth exploring. The original bridge was built in 1889 over the Capilano River. You can hear all about the history of the site and see wall murals depicting the early days before you reach the actual bridge.

Make sure you give yourself plenty of time to stop for photos as you cross the bridge, the views over the treetops and to the river below are quite spectacular. 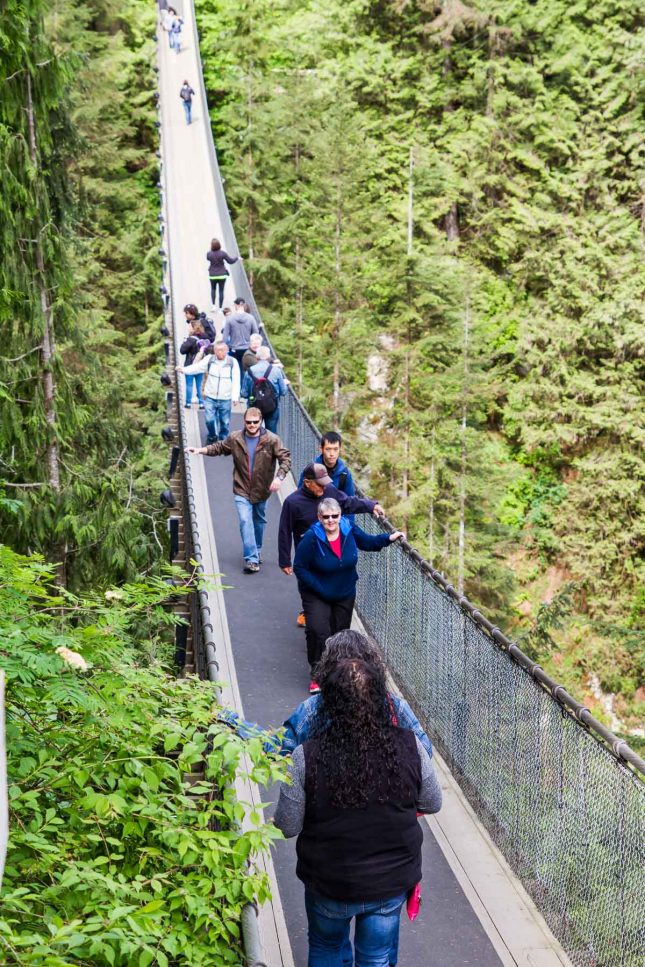 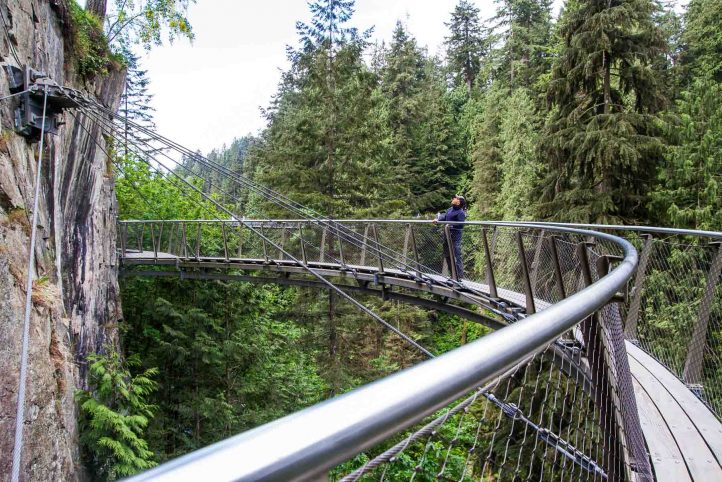 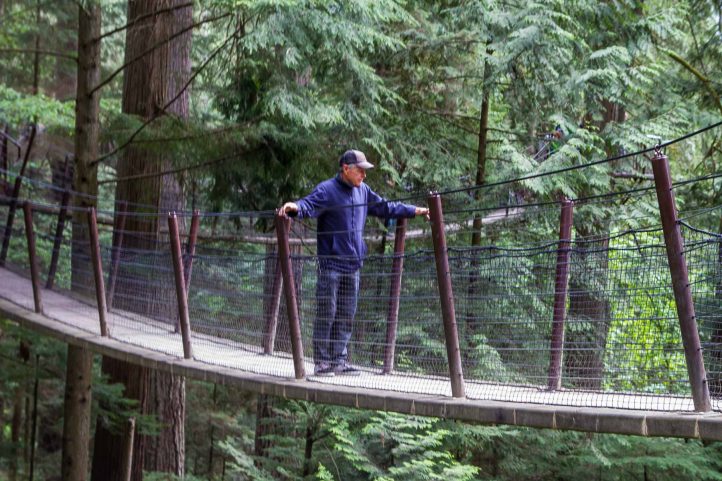 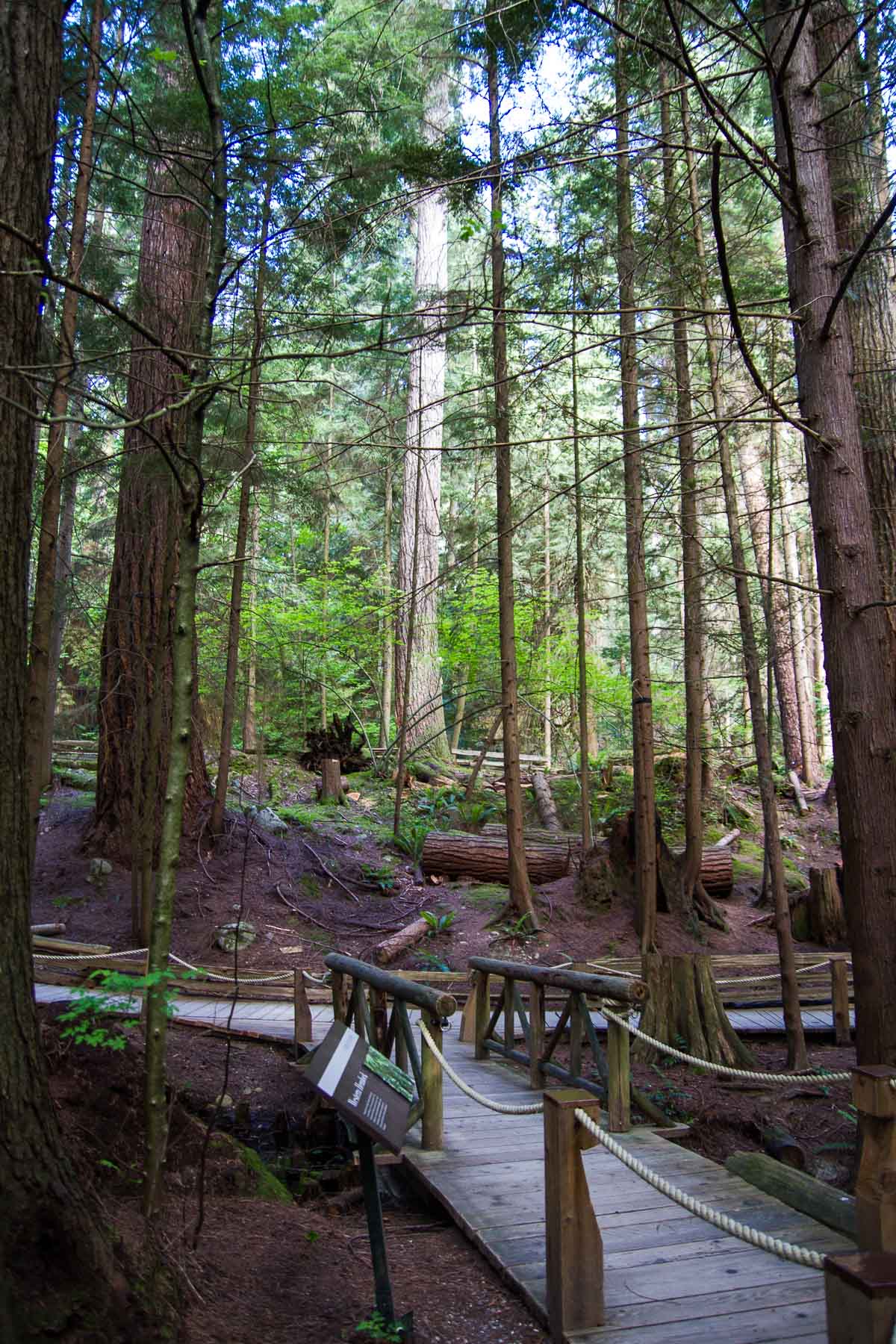 Even if it’s not ski season it’s worth taking the scenic Skyride up Grouse Mountain (see if you can spot the resident wolf on the way up!).

In winter this place must look something like a winter wonderland, alas, when we were there the snow had all but melted, but that meant the two live-in grizzly bears were out of hibernation! And that meant our one and only bear viewing in Canada. The chalet includes a restaurant, shops and a theatre as well as beautiful views (on a clear day, of course!) across Stanley Park and downtown Vancouver.

*This trip was part of a tour I hosted with the travel company Two’s A Crowd.

We stayed at Georgian Court Hotel and Blue Horizon Hotel (both are in Vancouver).

Was it long enough? We could have spent more time exploring the city, but four days was a good amount of time to spend in the city.

Highlights: The Flyover Canada was amazing, I’d definitely do it again and think every country should have one! Capilano Suspension Bridge was fantastic, and even though we didn’t see any whales or dolphins Howe Sound was beautiful.