North America US You've been where?

National parks in the US – ‘Pants-wettingly beautiful’

This is the second in our series You’ve Been Where? In this series we turn the blog over to you, to find out where you’ve been and what you thought. Thanks to Ben Annowsky for this piece on his awesome trip to the US. And now we’re adding National Parks in the US to our bucket list!

We live in the leafy outer-east of Melbourne. We were both raised out here, and despite swearing I’d never return once I left, it just feels like home.

We recently celebrated our 10th anniversary with a disastrous trip to Sri Lanka, (the tedious reasons for this I’ll leave for another blog), and wanted to have some easy fun. We’ve been to the US a few times now, and we both really like the parts of ‘natural’ America we’ve seen. Everyone does the cities – LA, New York, New Orleans, etc, but the US has some genuinely amazing landscapes – I’m not sure it gets nearly enough credit for its National Parks and stunning landscapes.

So anyways, we decided we’d hire a car in LA, and go on an old fashioned California road trip.

We drove up from LA along the eastern side of the Sierra Nevada mountains, crossed over to go to Yosemite National Park, back over the mountains to Lake Tahoe, across to San Fran, down Big Sur along the coast to San Luis Obispo, back inland to the Sequoia National Park, then back to LA, and finally down to San Diego for a couple of days. I think we did around 3500k’s in two weeks. It was early June, and just the absolute perfect time to go – summer was starting to kick in almost everywhere we went, but there was still snow left in the mountains, so we got to have the thoroughly confusing experience of standing in front of a semi-frozen lake surrounded by snow and wearing shorts and a t-shirt. Made for some epic photos though.

Just myself, Amber and the lady who lives inside the GPS…

Visiting Yosemite was amazing, but I would have liked to have been there on a quieter day – we’re already planning to go back and spend some more time there. Driving up to the General Sherman tree in the Sequoia National Park was like driving backwards through time – the higher you got up into the mountain, the more of these giant trees would pop up – it’s other-worldly. And keeping in mind I’m a baseball nerd and a San Francisco fan, seeing the Giants play at AT&T Park was a genuine highlight. Nothing comes to mind specific to this trip that was terrible, but there are a couple of generic gripes about travelling in the US. It still baffles me that nothing actually costs the price it’s advertised at – you’ve got to factor in any number of mysterious taxes, surcharges, tips and what not.   Just tell me how much up front and let me be on my way.

On the road one day, and the tummy starts to rumble a bit, so thoughts turn towards lunch. The next town we come to is a genuine backwater up in the mountains (Deliverance country, if you know what I mean), but it has a BBQ joint right in the middle of it, and curiously, there is an Aussie flag flying out the front of it. So, obviously, we have to eat there. We sit down, order, get the ‘Oh, where are you guys from – England??’ and identify ourselves as Aussies. The air is heavy with expectation for a moment, as we wait for ‘oh, our chef is an Aussie too!’ or something like that, because why the hell else is there an Aussie flag out the front? But they give us nothing, and eventually I ask – ‘so that flag out the front – what’s that about?’. ‘Oh, it fell off a car and we just found it in the middle of the road…’ Left flat as a pancake by that one!

If your only experience of Americans was outside of America, you’d assume they were all descended from Donald Trump = they tend to be loud, crass, slightly obnoxious tourists. At home though, those traits seem to be muted, and they are, as a collective, a lot easier to deal with. Everyone who serves you is disarmingly cheerful – admittedly they are working for tips and it may or may not be genuine, but I’m not sure it matters.

I suppose the other thing about Americans that I find baffling is their love of those who serve in the military. I don’t think this is wrong per se, it’s just unique to them. After a while, you get very used to the phrase ‘I thank you for your service’. Makes it very easy to see why joining the military is so attractive to so many people – it’s an instant passport to respect and credibility for the rest of your life.

I’m a carnivore at heart, and for me proper, American BBQ is the greatest way to cook meat. When it’s done right, it’s life changing. The Mexican food in California is unbelievable too – we’re starting to see some ‘authentic’ Mexican restaurants in Melbourne and it’s a big step up from Taco Bill. It’s easy, especially on a road trip, to end up in a lot of places with pictures on the menu, but you don’t have to look too hard to go beyond the burgers/fries thing.

Whenever I’ve travelled in the past, it’s largely been to visit urban places, and if I’ve happened to pass some natural feature between cities, great, but it’s rare I’ve sought it out. But this trip was the opposite of that – the only time we really spent in a city was to indulge my love of baseball.

By and large, I’m not really an outdoorsy kind of guy (the wifi is unreliable) but I really enjoyed being in these unique landscapes. Pretty hard to stand in the middle of a Sequoia grove and not be a little bit moved by it.

Without hesitation. This was our fifth trip to the US in the past seven years, and one of the most fascinating. 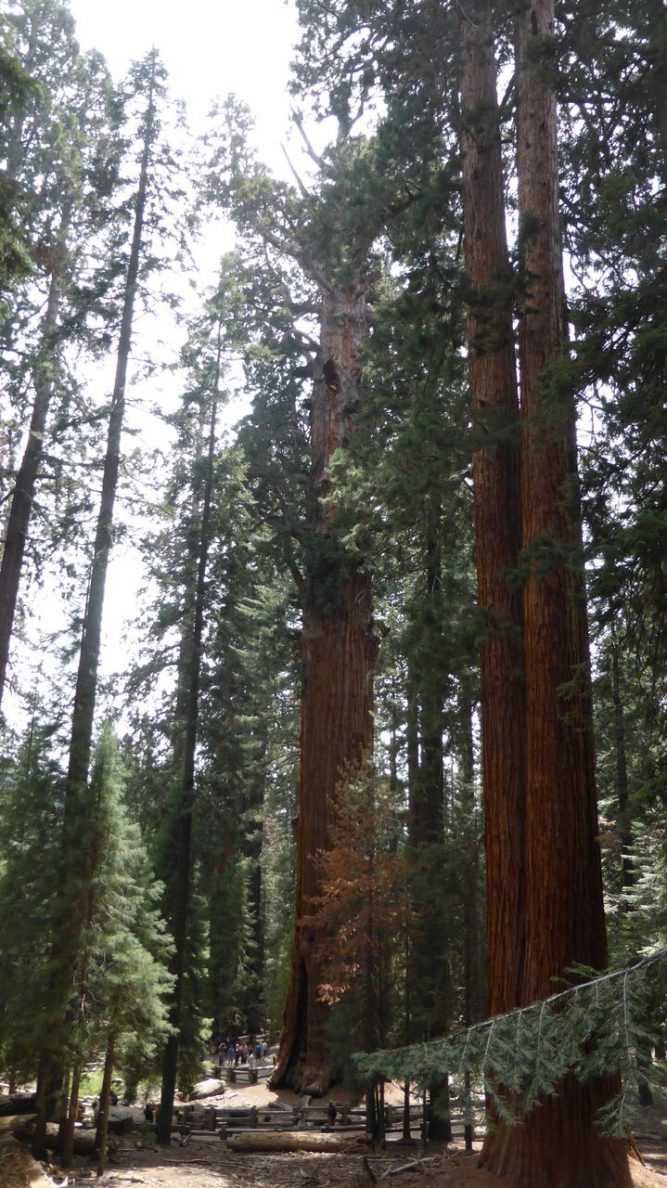 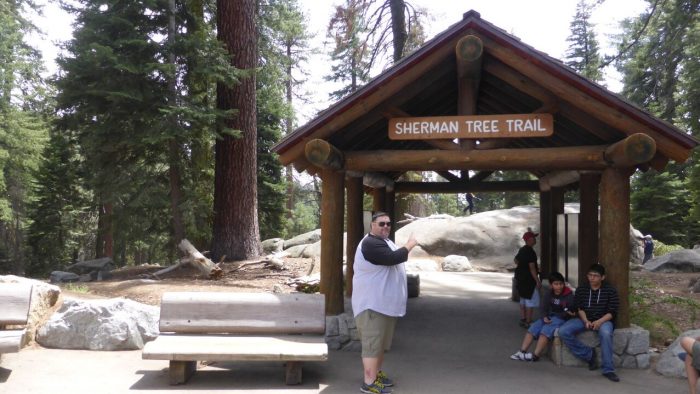 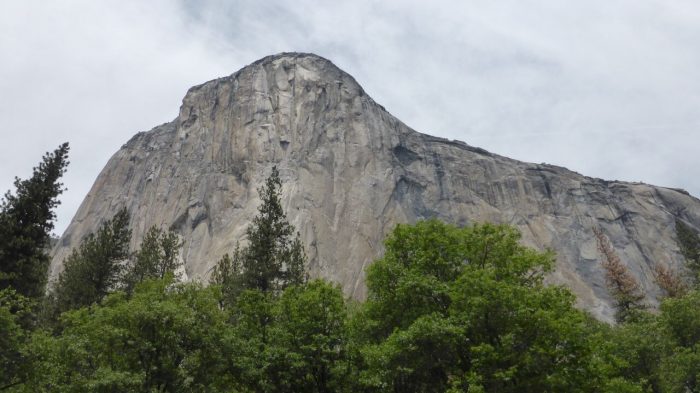 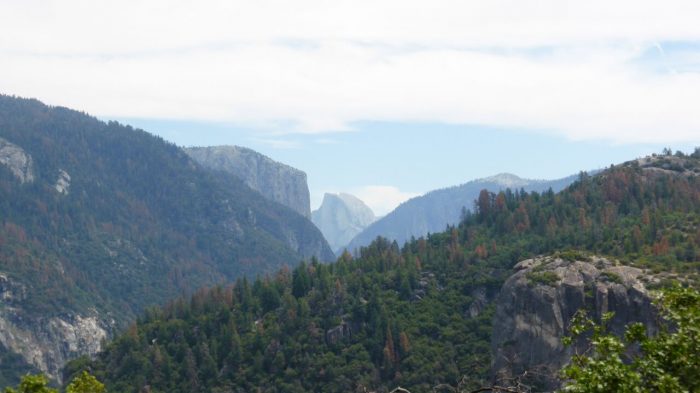 I think the US is a great place to travel to – especially for those who are either inexperienced travellers, or for those who aren’t necessarily looking to be ‘challenged’ – there’s no language barrier, it’s all kind of familiar, you never really feel unsafe, etc. But that doesn’t mean it’s not endlessly fascinating, rewarding and pants-wettingly beautiful – you just have to GTFO out of LA as soon as you can (my sister-in-law once described LA as ‘Dandenong with sunshine’ and I think that’s astonishingly accurate).

As far as the itinerary we chose is concerned, I wouldn’t recommend it for everyone (it was a LOT of driving), but you could certainly take some ideas out of it – land in LA, do the theme parks if you’re so inclined, shoot up to Yosemite, across to San Fran, then back down the coast to LA – that would be a great couple of weeks if you’ve got kids in tow.

Tip one for me (no pun intended) would be to get over the tipping thing. I know it’s baffling, stupid and archaic, but the waitress who just served you breakfast doesn’t give a shit about your philosophy on it, or that it’s not compulsory in Australia – just pay the tip and don’t be an arsehole. That said, all the stuff about 15% for good service, 18% if it’s ok, etc is utter nonsense. Just factor in about 20% on restaurant bills and then round it to the nearest whole number. And always make sure you’ve got a few dollar bills on you, just in case.

Tip two would be this – unless you’re one of those freak-shows who likes the physical act of shopping, do your shopping online before you leave, and have it sent to a hotel you’re booked into – just shoot the hotel a note and let them know you’ve got incoming mail, and they’ll be happy to hold it for you until you get there (and US retailers are very cruisey about returns if it doesn’t fit/isn’t right etc). That way you can take advantage of the bargains if you find any, but you’re not wasting time in a US mall – cos guess what, they’re a lot like fucking Chadstone….

Ever been to the US? We’d love to know what you thought? 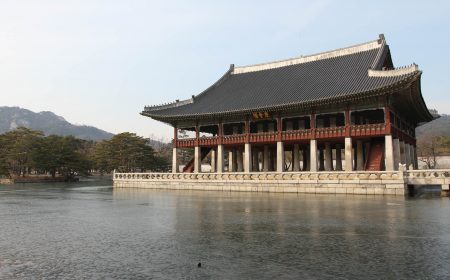