Having a whale of a time in Victoria – sorry I couldn’t help myself!

Shh, don’t tell anyone, but I think I liked Victoria better than Vancouver! It’s controversial, I know. Vancouver is bigger, brighter, has far more to do than Victoria but there’s just something about the smaller city that stole the show for me.

And even though I come from Victoria in Australia, it’s got nothing to do with the name, I promise! Is it akin to the Sydney v Melbourne rivalry? Perhaps and maybe it’s just my preference for smaller towns, or the underdog. Or perhaps it’s just that Vancouver is a little, dare I say it, showier than Victoria, whereas Victoria has an elegance to it.

But I’m waffling, and this is about Victoria, afterall, not Vancouver.

We arrive late morning after taking the ferry from Tsawwassen outside Vancouver to Swartz Bay and after just a short drive, make our first stop at Butchart Gardens. A couple of the ladies on my tour are brimming with excitement at the thought of this stop – 55 acres of gardens, 900 varieties of plants and flowers.

The gardens were built in the early 1900s, in the pit of an old limestone quarry. You can meander through the various garden styles – Japanese, rose, Italian, but it’s the sunken garden that really stands out. It’s here that you can still see the old walls of the quarry and the walk down into the pit provides a stunning entranceway to the ponds and garden beds. 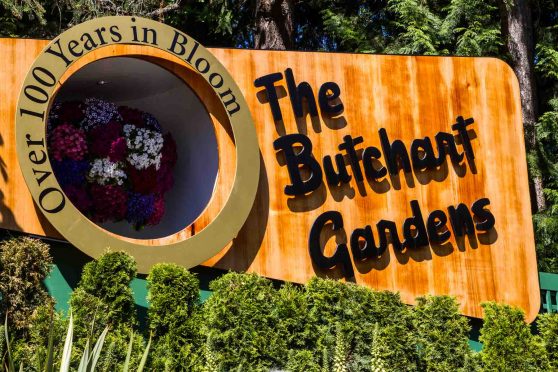 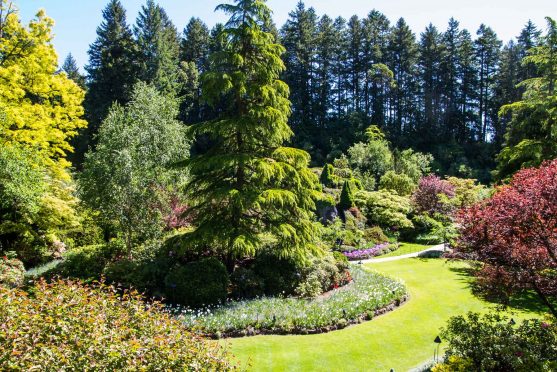 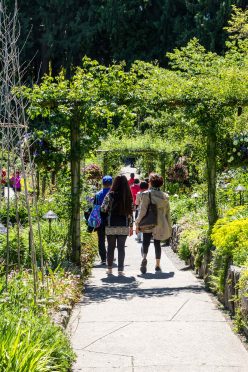 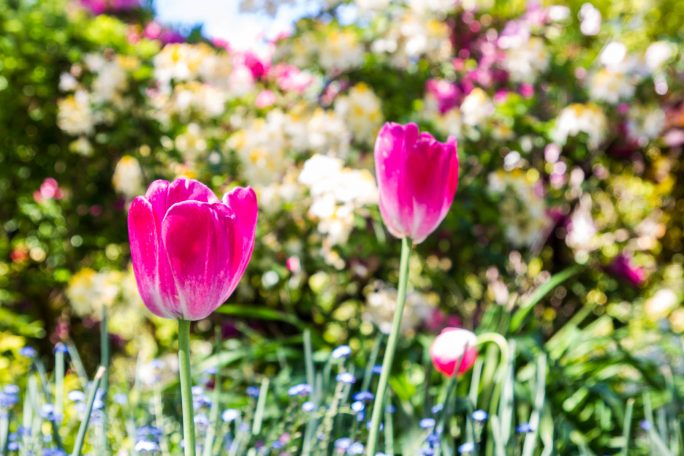 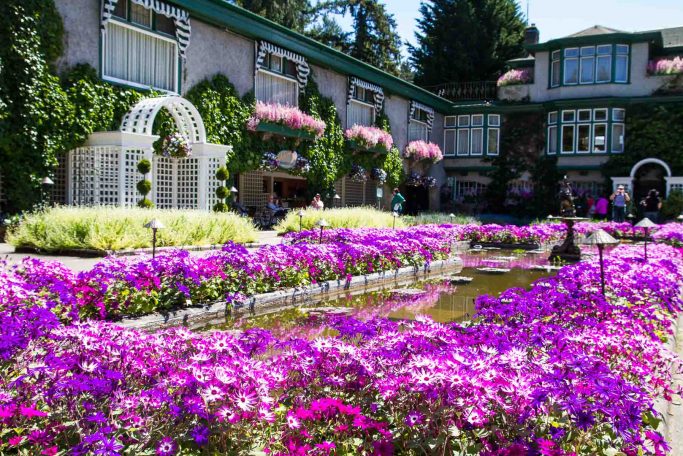 After a couple of hours wandering through the gardens, and after dragging our two garden lovers onto the bus, we make our way into Victoria. Bill, our bus driver, is actually part comedian as well as impromptu tour guide and provides some lively entertainment over the microphone as he talks us through the highlights of the city – from the stunning opulent homes along the foreshore, past the Parliament and the BC Museum, the historic Chinatown and the more recent tent city.

The following morning we are up and out early for a look at the castle – yes, that’s right, there’s a castle! In Canada! Craigcarroch Castle is about a 20 minute walk out of the city centre – straight up! It was built by Roger Dunsmuir in the 1890s and is really more stately home than castle, but it gives a glimpse into how the wealthy lived in Canada in the 1800s. 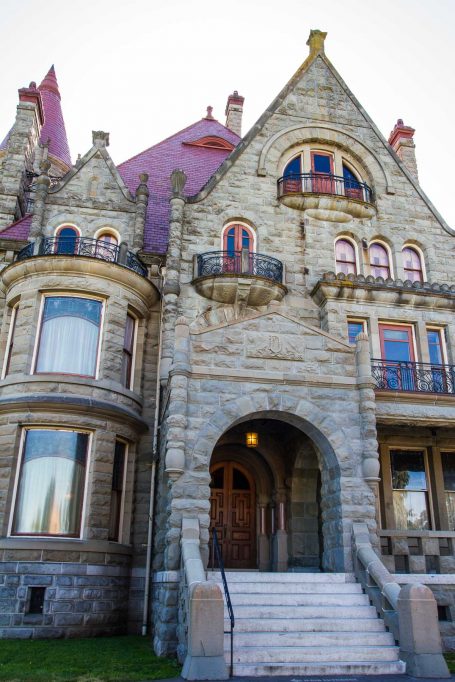 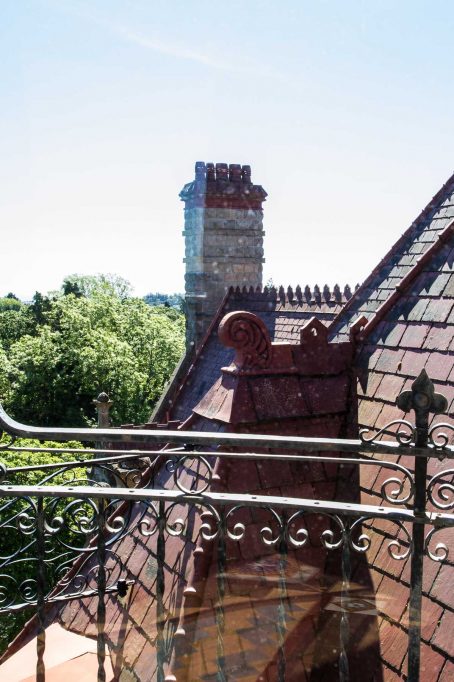 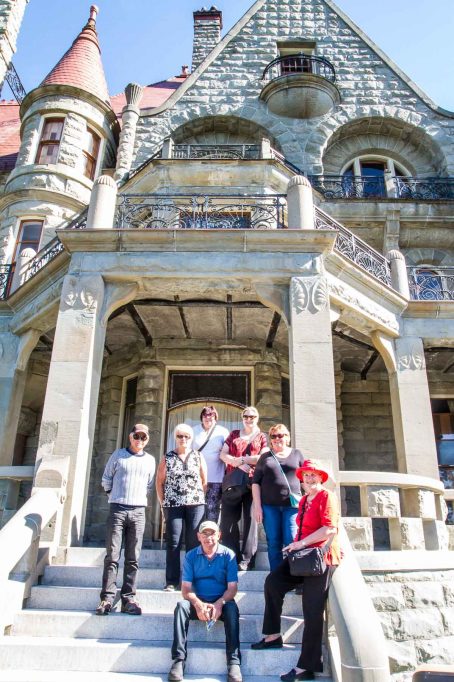 It seems we didn’t get quite enough of gardens the previous day, so after walking through the ‘castle’ we decide to make our way to the Governor’s home where you can wander through yet more gardens – keep an eye out for the ducks and turtles in his pond, we saw two turtles and some ducklings while we were there.

We slowly make our way back down into town and arrive at the hotel just in time to head off on a whale watching cruise. It’s cold out on the water – it is Canada afterall – but we all watch the ocean excitedly, trying to guess just where a whale might show itself.

Just as we start to think we’re really not going to see anything, we see splashes in the distance and our boat – along with every other boat in the water – all make a beeline for the spot. But then we see a splash elsewhere and have to change course quickly. This happens repeatedly – just as we think we have them in our sights, they move quickly, effortlessly, unseen below the water’s surface and we’re left guessing where they might come up next.

In the meantime a cheeky little otter makes itself at home in our slipstream, only just in view.

Eventually we give up on the whales – we did manage to see them, up to three, in the distance. We can’t be disappointed and yet we all hoped they might come closer – and our guide explains the landscape and the history of the area instead. 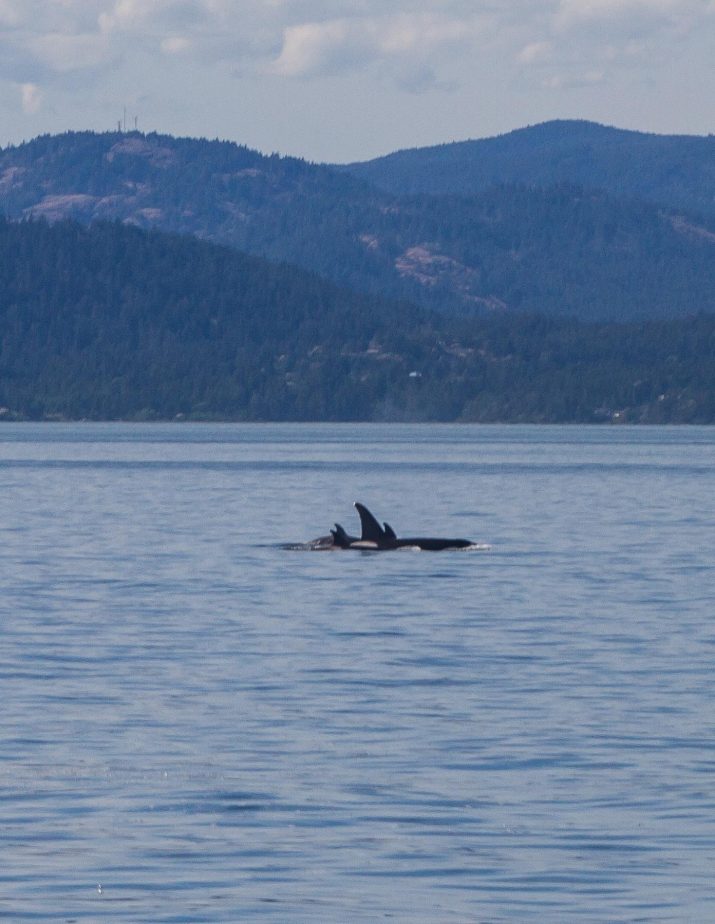 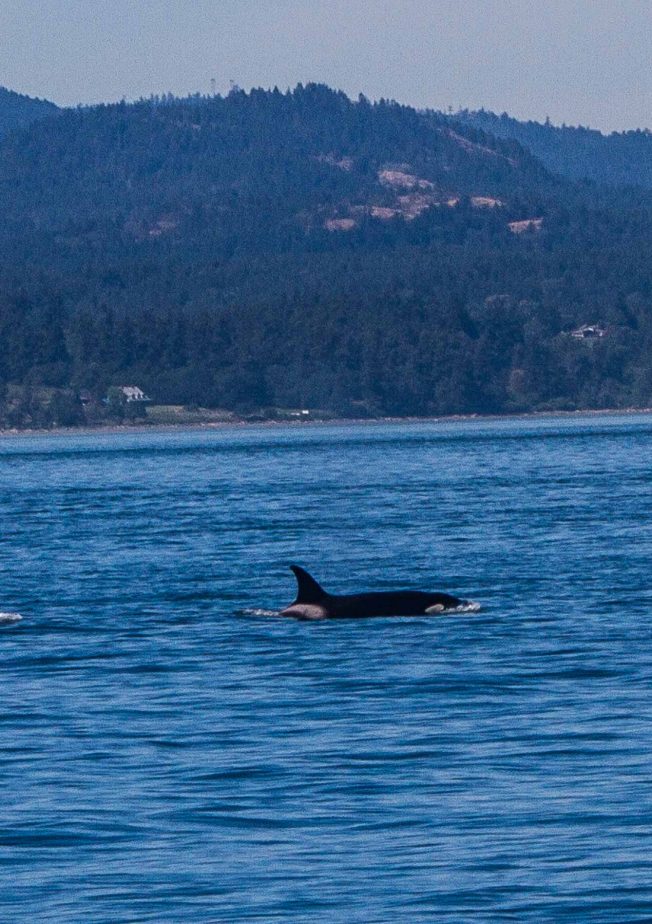 The bay is surrounded by snow-capped mountain; it’s the kind of stunning scenery that you come to expect throughout Canada. And the city itself nestles onto the shores of the bay, a Victorian era town with beautiful open spaces and an abundance of cafes and restaurants.

We stayed at the charming Chateau Victoria.

Was it long enough? We had plenty of time to see everything – though not quite enough time to check out all those restaurants!

*I hosted this tour on behalf of the awesome Two’s A Crowd travel company.