A whistlestop tour of the US

We have done quite a bit of travel, but this was our first time in the US. Neither of us has ever been particularly interested in travelling to the US. Sure, there are areas we would like to see, but it wasn’t high on our “must visit” list.

How wrong we were, New York is amazing! We fell in love with the city in the three days we were there. So vibrant, so much to see and do and so huge. We stayed near Times Square, which has to be seen to be believed; sure you may have to fight your way through the tourists, but it is well worth it.

Ade really wanted to check out B&H photography after reading so many reviews about it online. It really is an experience! Three floors of photographic equipment each floor taking up the size of a full New York block! Fortunately the store closed at 2pm, or I may never have got Ade out of there (I got him back by taking him into Tiffany’s on Fifth Ave, six floors of jewellery.) 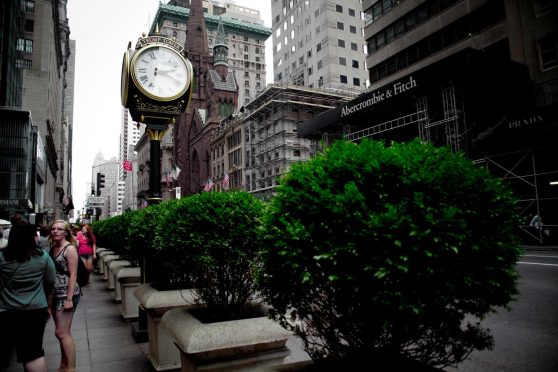 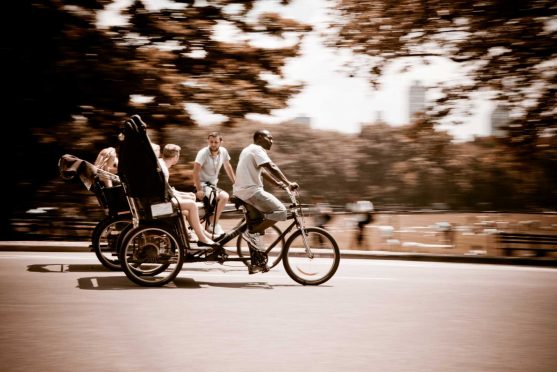 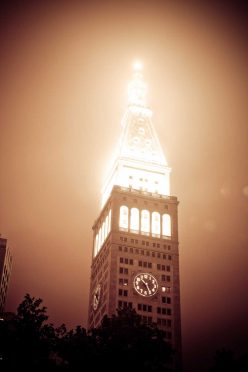 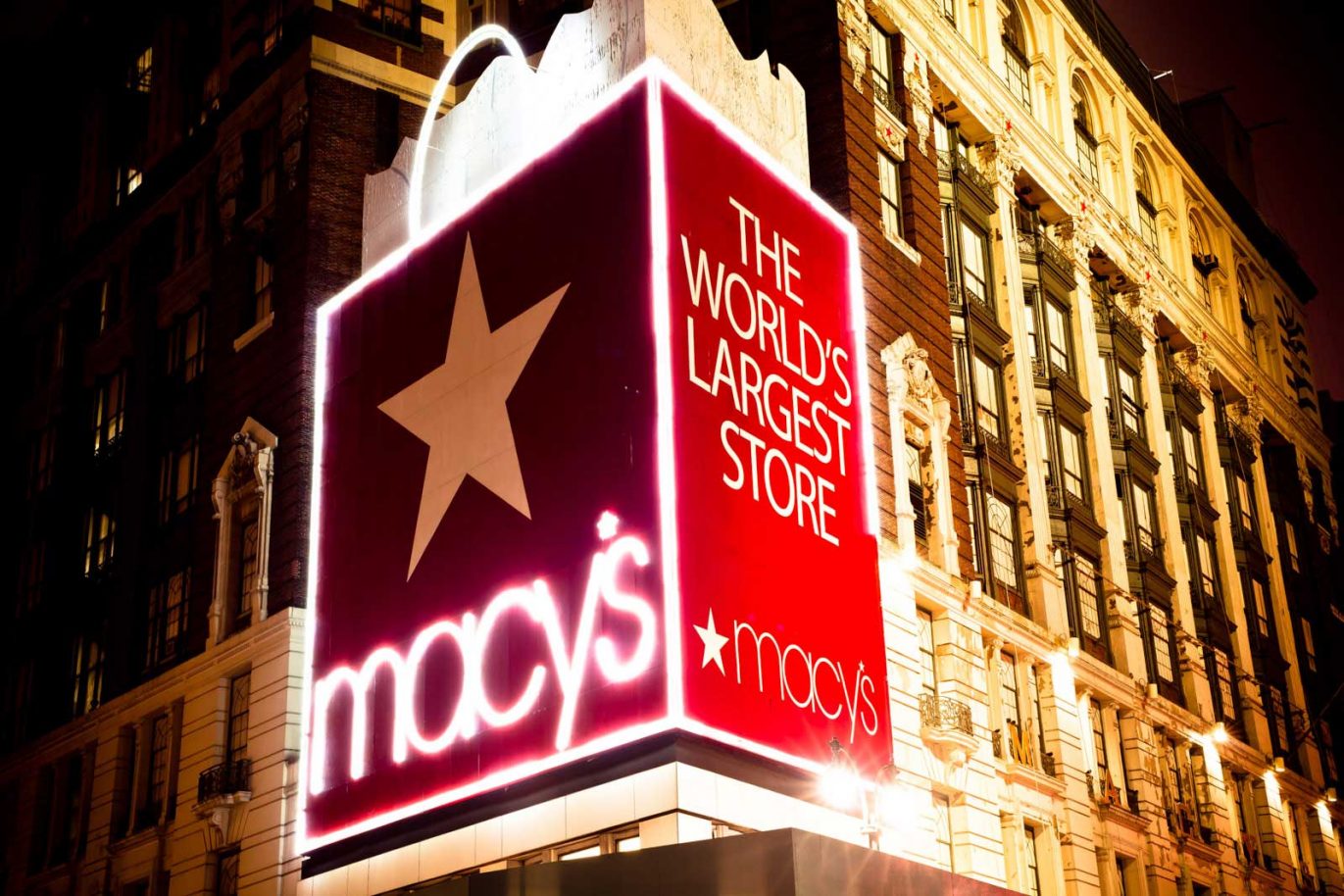 We braved the subway – you can’t come to NY and not tackle the subway, right? – and headed to Little Italy for some lunch. We felt like we were back in Europe, until the waiter spoke to us in his thick New York accent!

Meandering back to Manhattan via SoHo we stopped to check out the Peter Lik photographic gallery so Ade could get some inspiration – his photos are amazing and as many of them were of Australian landscapes, we got to admire the beauty of our own country, from the other side of the world.

Back in Manhattan the sun was starting to set so we headed out to Times Square to get some night shots, Times Square is impressive by day, but even more so by night. The following day I could barely walk! But there was still so much of New York to see so we made our way up to Central Park via Fifth Ave – OMG, the shopping! If only we had more time here!

Central Park is huge, one of the staff in Tiffany’s told us it took him three full days to see it all – and I don’t doubt it for a second, we spent about two hours wandering around and saw about a fifth of it!

We wandered past the Museum of Natural History, which our concierge said was amazing and worth photographing, but alas it was covered in scaffolding – every photographer’s nightmare, no doubt.

So instead we headed to the Statue of Liberty – hoping that surely there would be no scaffolding on this icon! 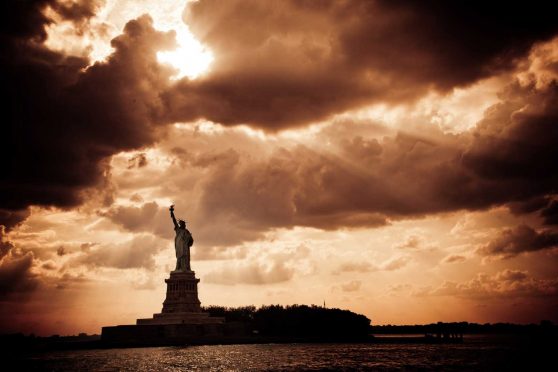 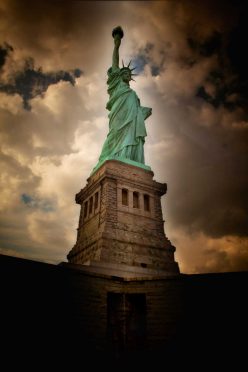 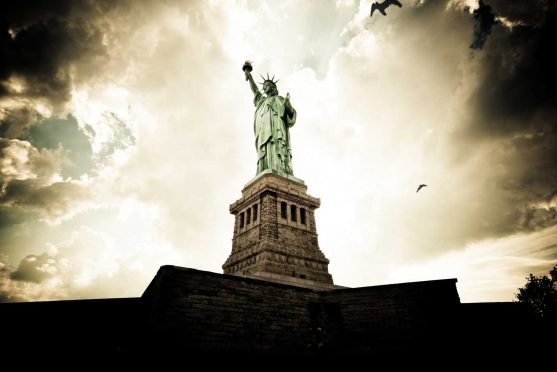 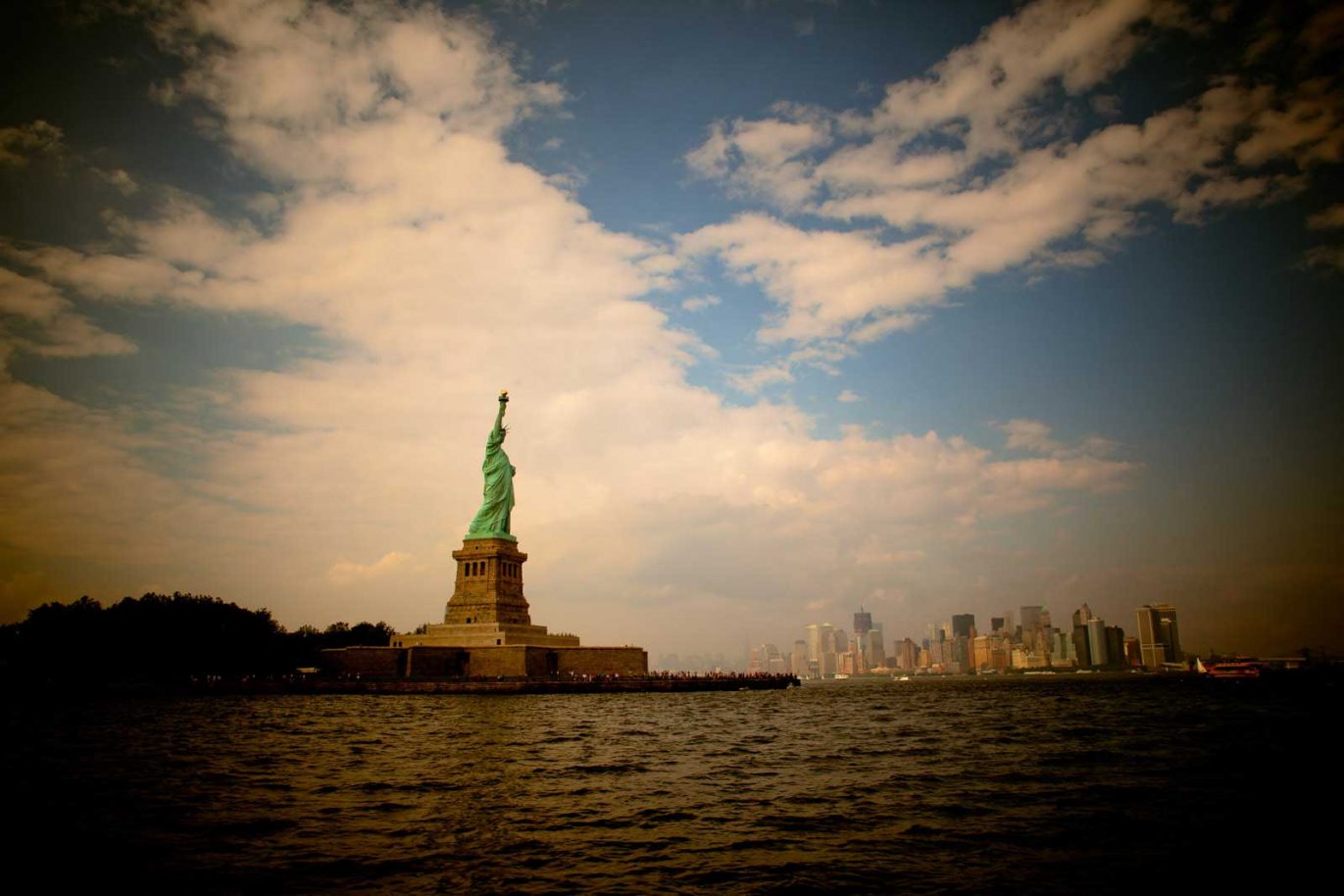 Statue of Liberty with city skyline

The ride out took about 20 minutes and cost $13, pretty cheap, unfortunately tickets inside the Statue were sold out for four months – clearly our turn up and see mode of travel had backfired on us, but then the statue is best photographed from the ground, or the water!

I always find it quite surreal seeing iconic sculptures up close. You can see countless photographs, read about them in books and watch them on TV, but nothing can compare to experiencing it for yourself.

The Statue of Liberty is everything you would expect – huge, busy and incredibly impressive.

But once you have seen it – and of course photographed it from every possible angle – there is not really much more to do on Stanton Island so we headed back to Manhattan. We walked from the ferry terminal around to Pier 17, which gave us fantastic views of the Brooklyn and Manhattan Bridges. Pier 17 is full of shops, restaurants and bars as well as historic ships. You can take a ride on one of the ships, or just admire them from the dock. Unfortunately all the restaurants are on the opposite side to that which the bridges are, nevertheless it is well worth a visit.

From New York we were off on a fleeting visit through Washington and on to Charlottesville.

We had just a quick two-night stop in Washington to take in the sites of the nation’s capital.

I’m sure I had developed shin splints from all the walking in New York, so struggled to walk between the monuments, but there was so much to see we had to power on. Our first stop was the White House.

We peered in through the fences, watched as a protest passed by, then moved on to Capitol Hill, the Mall – which includes the Washington Memorial and passed the Smithsonian Institute.

Washington train station is amazing. It’s beautiful, well worth looking at. Washington was very interesting, so many amazing things to see and do. I know we didn’t do the city justice, but I have to admit, I would take New York any day over Washington. 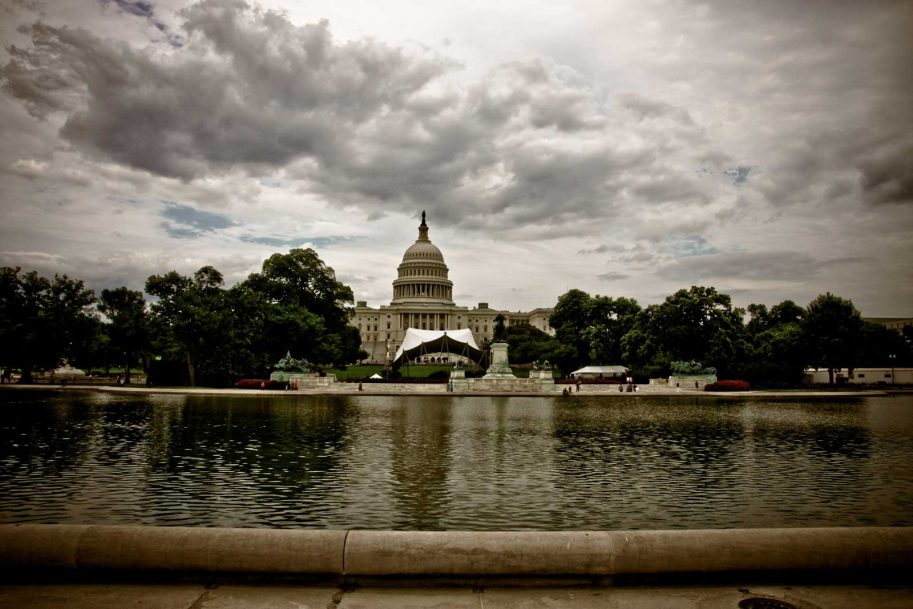 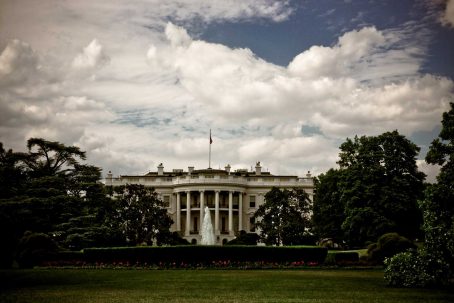 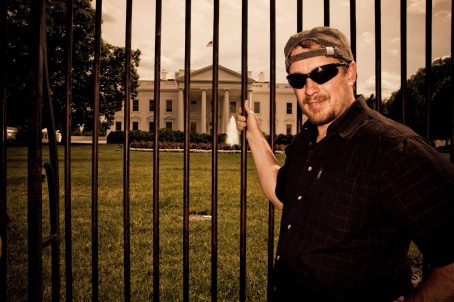 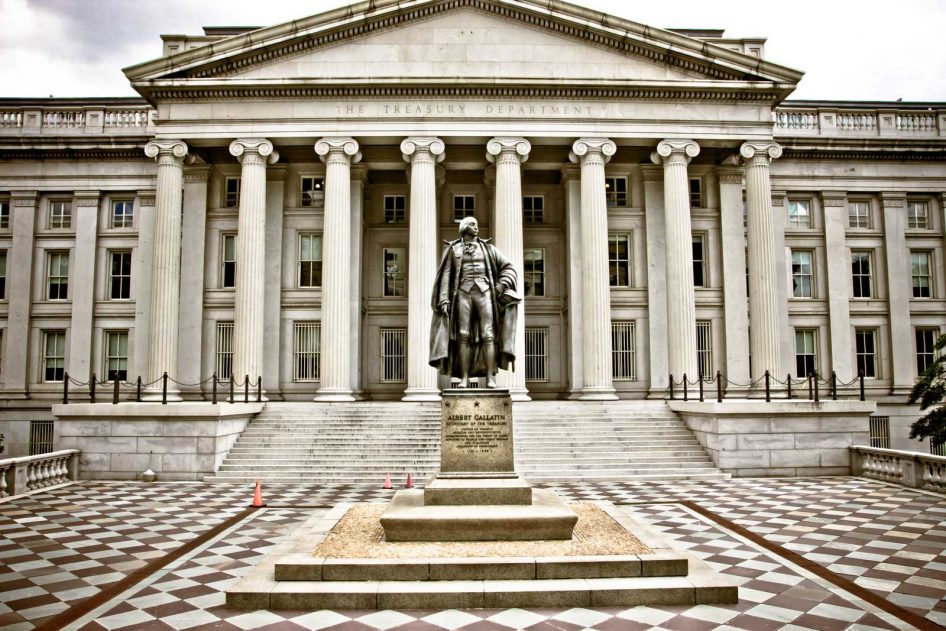 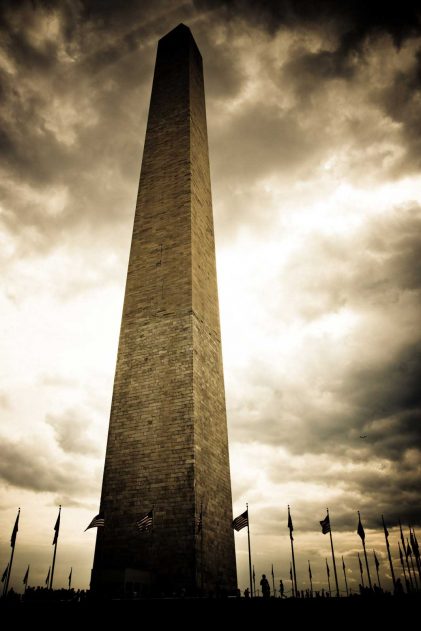 From Washington we caught the train to Charlottesville, a quick three-hour trip.

The people in Charlottesville are so friendly and the city is beautiful. It’s a real university town – the taxi driver commented on our way through that the University owned the whole town, and they just about do! Their buildings are scattered throughout and they are beautiful. 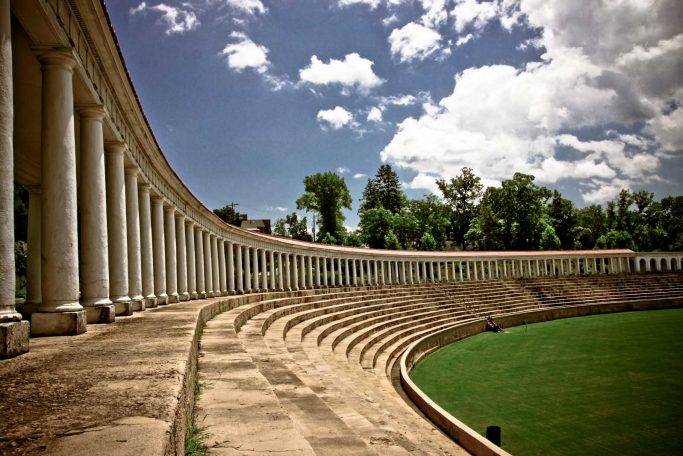 The rotunda, designed by Thomas Jefferson was well worth a look, evidently there is a Declaration of Independence exhibition here that is well worth a look, but it started pouring with rain, and as I could still barely walk, I had to give it a miss. Instead we caught the free trolley into town and had a gellati.

Our stop was all too short, but it gave us a good preview of the area and inspired us to come back to this part of the world in the future – besides, we really should head back and see that Declaration of Independence, oh and do some shopping in New York!

Have you been to the US? We’d love to know what you thought and where we should head next time we visit? 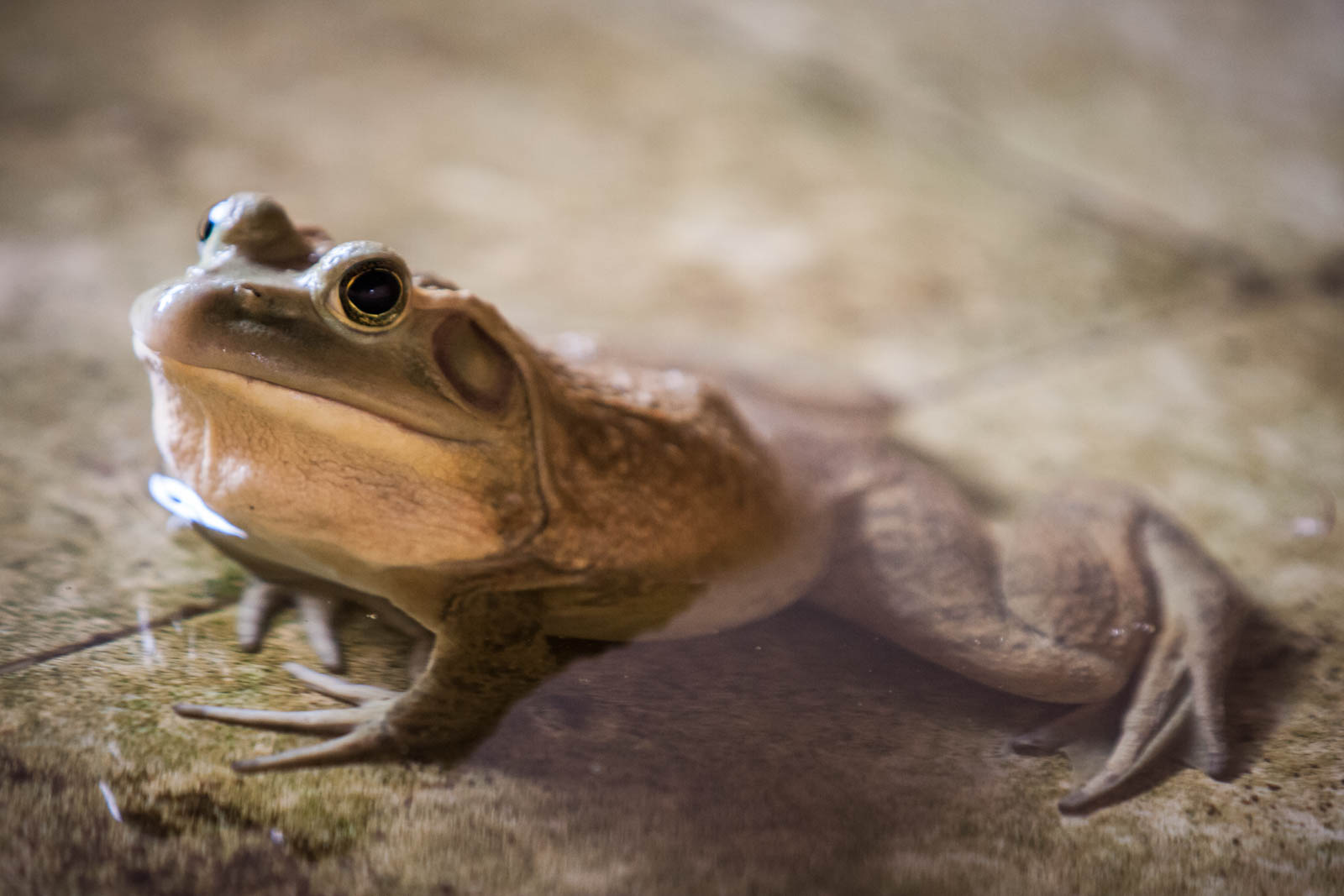 Looking for frogs in the farms of Singapore