We were sad to say goodbye to York, but our roadtrip with the inlaws had to continue and Edinburgh was calling.

So we piled back into the Peugeot 206 – we had the packing down to a fine art by this time – and hit the road.

We followed the SatNav, so didn’t think too much about where we going until it rerouted us off the main motorway and through the back streets of the UK. One of the downsides to following a SatNav generally is that it will take you the quickest way, which usually means along the major motorways bypassing the gorgeous little towns. This is great if you need to be somewhere in a hurry, but not so great if you want to do as much sightseeing as possible.

I think I’ve mentioned before that Ade’s mum and dad pretty much slept their way around the UK, and so missed much of the scenery between towns, but on this leg, they actually managed to stay awake. And it was a great trip to stay awake. 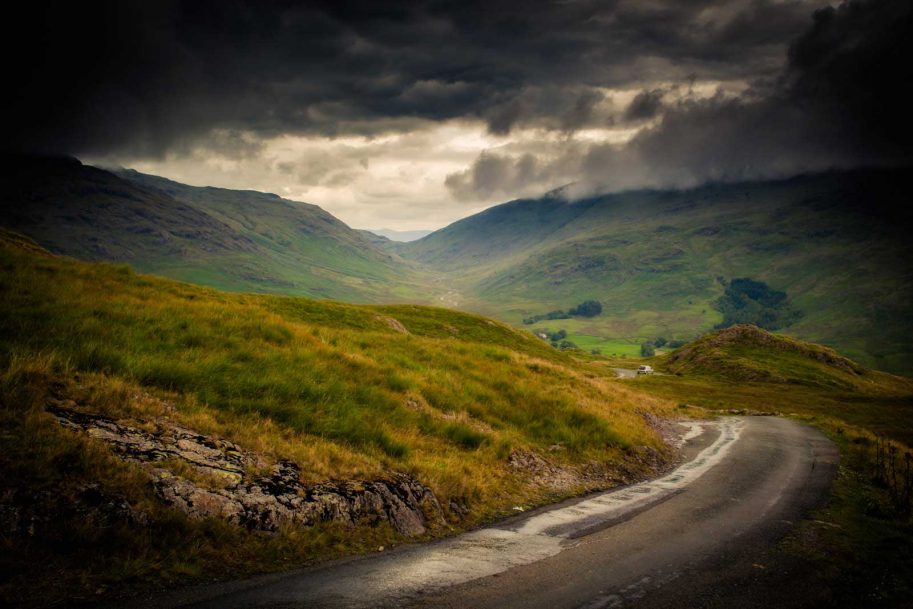 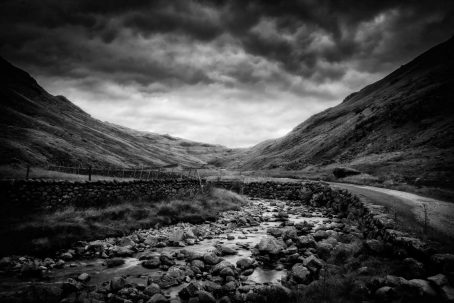 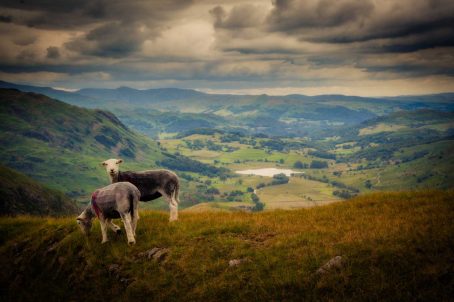 Initially we thought the GPS was just rerouting us due to roadworks, but we never did get back onto the motorway.

Instead we drove through the English and Scottish countryside – a view I could never tire of. We crossed the border at Coldstream, a gorgeous little town with unbelievably narrow roads. And so picturesque we added it to our Bucketlist!

Finally we made it to Edinburgh and the Doris Crook guesthouse – a gorgeous B and B not far from the Royal Mile and Edinburgh’s main sites. Doris and her husband Ed are very welcoming and very funny. Just beware, you could get caught for hours listening to their stories!

With no time to waste – we only had two nights in Edinburgh – we headed straight to the Royal Mile, with a quick stop at the Greyfriars Bobby Statue on the way. The statue must be one of the smallest monuments in the UK. It commemorates the skye terrier, Bobby, who is said to have shown such loyalty to his owner that after his death in 1858, Bobby sat by his owner’s grave every day for 14 years until his own death. It may or not be true, but it’s a lovely story regardless! 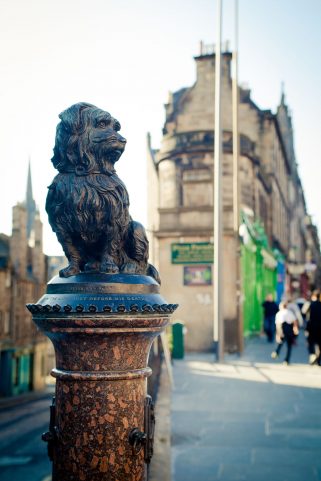 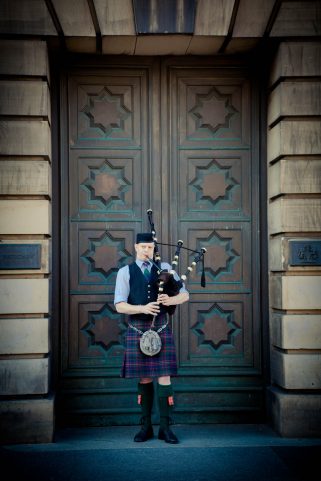 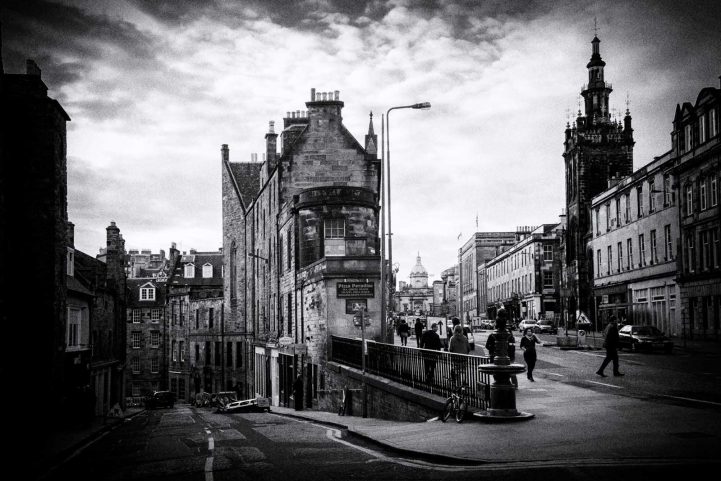 But we couldn’t stay in the bar forever, there was too much to see. The Royal Mile was full of tourists, of course, which is pretty much how I remembered it from the last time we were here 10 years earlier.

The following morning we were up early to tackle the crowds again and to take in one castle, one palace and the full length of the Royal Mile.

We began at Edinburgh Castle, because really, it’s a CASTLE, sitting high on a hill overlooking the city. The first time we visited Edinburgh in 2001 I had never quite seen crowds like those in the castle’s forecourt.

This time we were seasoned travellers and I was better prepared for what to expect. We took our audio headsets and wandered through the castle grounds. After taking in every inch of the sprawling Castle we meandered along the shops on the Royal Mile, dropping in here and there to see what Duncan clan items they sold and checked out the quality of the kilts before heading into Holyrood Palace. 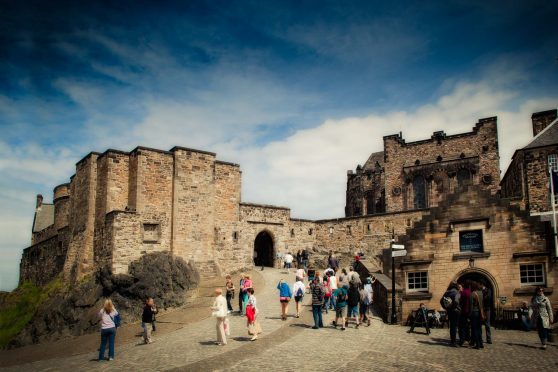 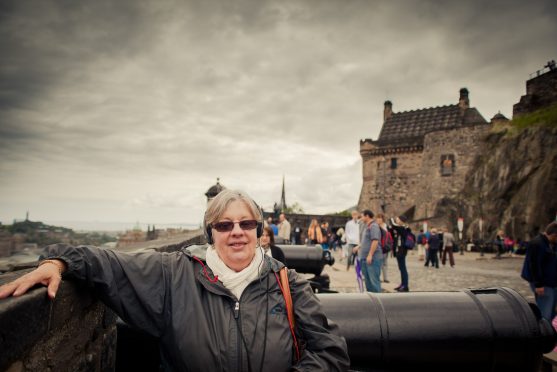 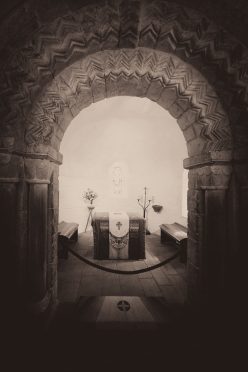 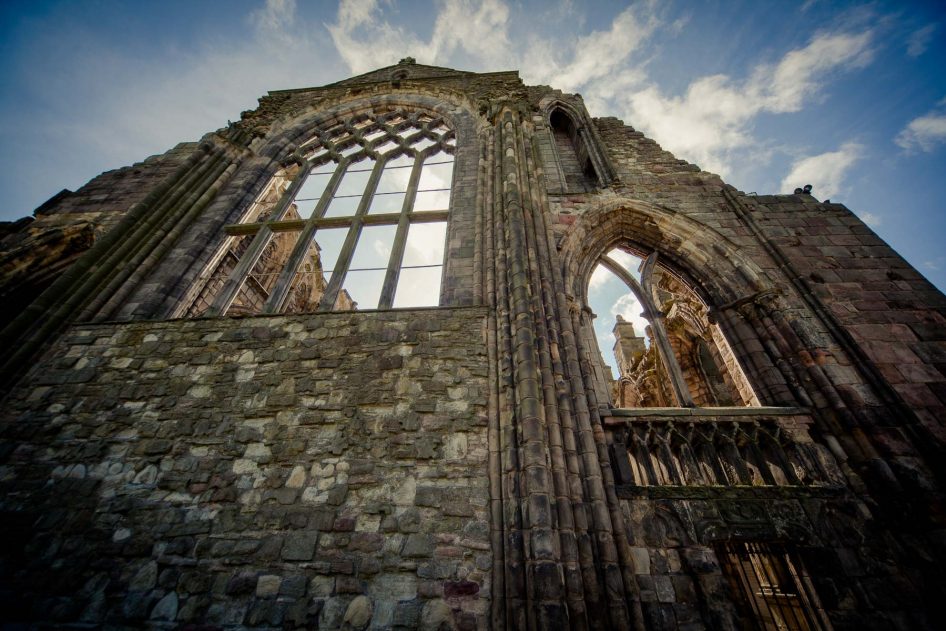 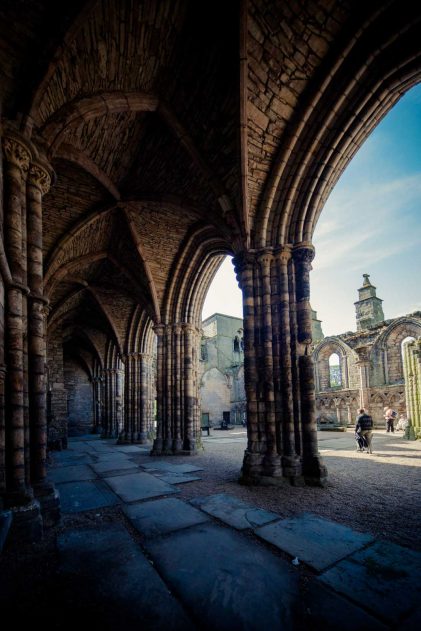 As the palace is still used by the Royal family, you can only visit some of the rooms, but it’s interesting to see a palace that is still in use – particularly one in use by the Queen of England! I couldn’t help but wonder how she felt having a shrine to Mary, Queen of Scots in her house! But I guess there are enough rooms in the house for her not to need to use those particular rooms!

We stayed at the lovely Doris Crooks Guest House.

Was it long enough? Not really. We had an excellent time, but I’d recommend at least a few more days in Edinburgh, it’s a pretty awesome city!

Highlights: The castle and Hollyrood Palace are not to be missed. I loved the rooms dedicated to Mary, Queen of Scots.